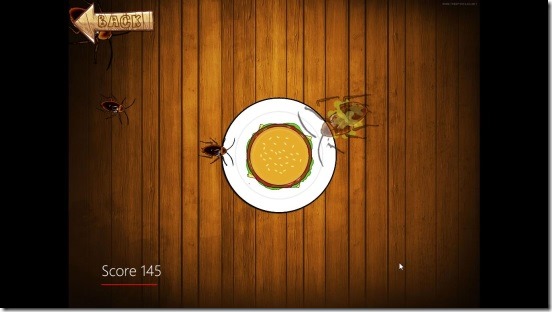 Get this fun game app from the Games category in Windows Store. If in case you have trouble finding, try searching using the game app’s name.

It’s the gameplay of this Windows 8 survival game app, that makes it a good and fun game app. In a way the game has an endless gameplay. Everything depends on how quick are you. Kill the cockroaches by simply clicking on them, before they reach the burger. As a tip kill the smaller ones first rather than killing bigger ones. Because, it’s them who make more damage to your burger than the big ones. They are very fast, and can reach to the burger quickly and damage it. The big ones are slow, though they do take double clicks to die, but take a long time to reach to the burger, so this gives you enough time to kill the small ones. Also rather than killing the ones that come from the corners of the screen, kill the ones who come from the top and bottom of screen, because they are more closer to the burger than the ones who come from corners. 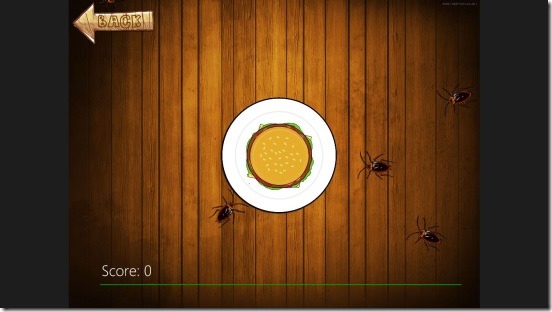 The game does sounds easy and simple. But, it is sure challenging. Specially when you have survived long in the game. That is, as the time passes by, the game becomes more harder. You’ll start getting too many cockroaches on the screen; of both sizes, coming from every single side and corner of the screen. This very situation challenges you, and you’ll start giving a deep focus in the game; trying to kill as many cockroaches as you can. 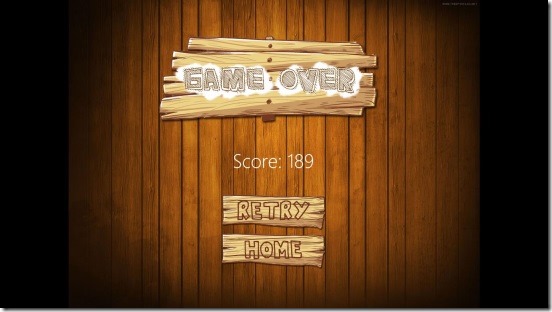 The game is in 2D and the graphics are pretty good, so is the animations. The control is easy, it’s all about clicks. The scoring of the game depends on cockroaches killed. The small ones carry one point and the big ones carry 3 points each. So kill as many cockroaches as you can, and score your all time highest.

Here are some other good Windows 8 survival game apps for you: Zombie HQ and FleshBlender.

Cockroach Hunter, sure is a good Windows 8 survival game app. It’s fun and addictive. Though it lacks music. But, it’s the only thing that’s missing in the game. Besides this everything works great. Can’t wait for improved release.