The game is divided into infinite waves. Wave after wave of hordes of zombies attack at your bunker trying to infect you. And you have to fight against these zombies, and try to stay uninfected for as long as possible. Because the moment you get infected the game ends. 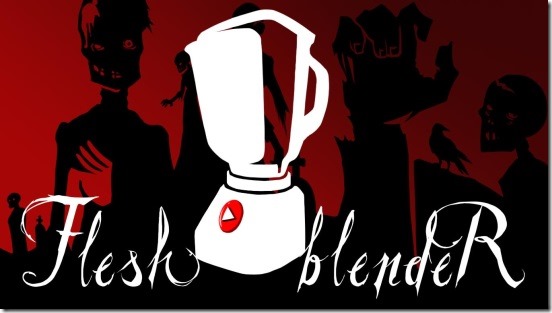 Playing FleshBlender in Windows 8 devices is fun, especially in touch devices. It actually tests how fast you can move your fingers to kill zombies. The gameplay of this game is simple. And that is you get into a bunker, and hordes of hungry zombies attack at your bunker from the dark jungle; trying to infect you and eat your brains. All you have to do is protect your bunker and yourself. The game is a single screen game app. There are no hidden twists and turns, and has a very simple game play. 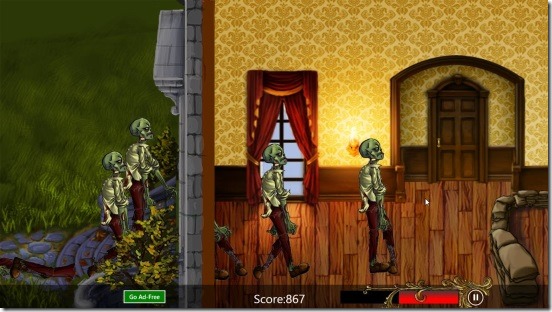 All the zombies always come from the left side of the screen. The game control is very easy. The only thing you have to do is, click-drag the zombies to the left, right, up or down. So that you can stop them from reaching your bunker; which is at the right corner of the screen. If you are using touch devices, then you have to touch-swap. Doing this, throws the zombies everywhere, making their limbs break. But beware of some of the zombies, because they can actually walk faster than others and just don’t die; even when you rip them off. 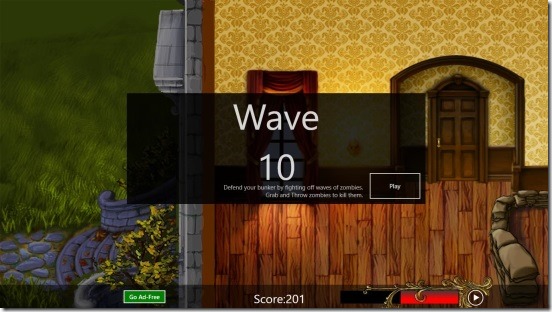 The game physics is very good. The harder you throw them the harder they hit the surfaces, and the sooner they die. this is the thing that I liked most in the game. Because, I tried my level best to throws these zombies hard, so that I can see them break. Also the harder the zombies gets thrown, twisted, or ripped the more scores you get; this makes the game fun. Like I said above, the zombies attacks in waves. These waves continue until your lie meter doesn’t get used up completely. Once it runs out, the game ends. After the end of each wave your performance gets scored. And resumes from the same score in next wave. So the objective in this Windows 8 zombie game app, is to get the highest score by surviving from most number of waves. 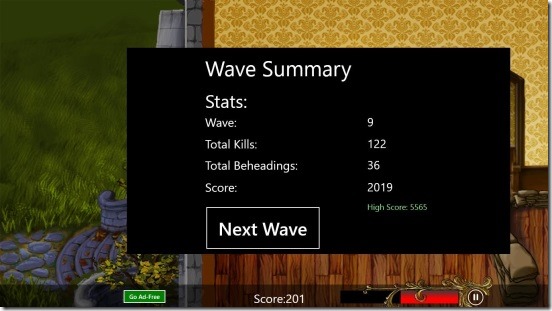 FleshBlender, is good promising Windows 8 zombie game app. It’s easy, simple, and fun. Being the FleshBlender and ripping the drooling zombies felt good. The gameplay, graphics, sound; all are great. All in all, a good free Windows 8 game app.