Radioklone created by Hiro Multimedia is a new and innovative way of increasing one’s music collection. With RadioKlone, radio streaming and recording the music collection can grow legally. It is an application that streams and records radio stations that are broadcast over the internet. 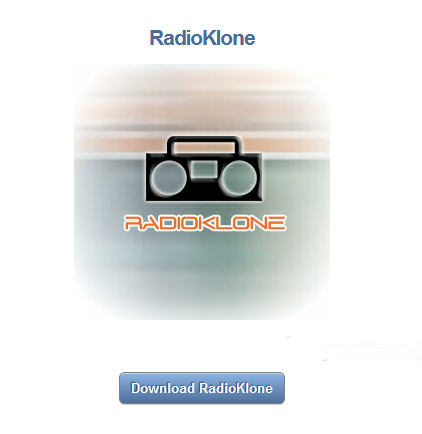 Features of this radio streaming software:

The application is quite user-friendly and has a number of features which make for an attractive proposition. Some of the best features of RadioKlone are as follows: 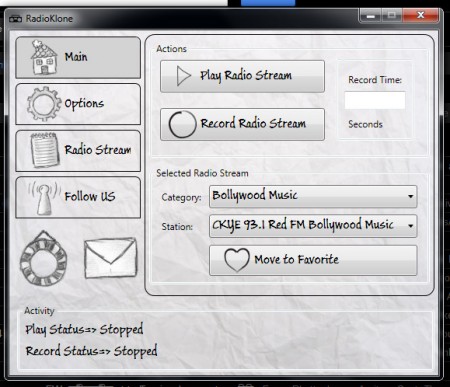 Interface and working of this radio streaming software:

The developers of this program clearly had an eye for style. The interface is very funky and eye-catching. It is designed to be attractive to young people and it definitely does the job well. The style isn’t much of a compromise on functionality either, but the lack of standard buttons might be a bit disconcerting to people from a few decades back. That said, it is quite user friendly and the placement of the various controls have been made with caution; so everything is where one would expect them to be. The working is quite straightforward too. One simply needs to choose a genre of music from the drop-down list and subsequently select one of the multiple radio stations that play that genre of music. The program then connects to the server and music is streamed, displaying the track information. A very slow internet connection will hamper streaming, though. Once the track starts to play, users can record it in a format of their choice, in a folder of their choice. 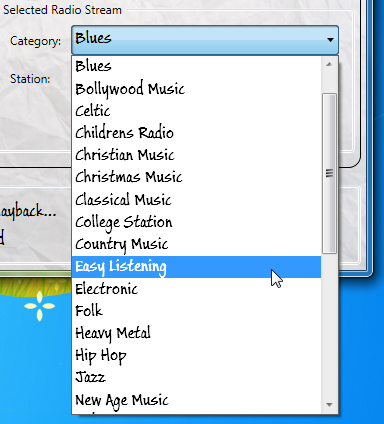 The software is quite small, at just under 14 mb in size. It doesn’t use too much processing resources, but can use up the bandwidth in case of a high bit-rate audio file. Installation is easy and involves a minimal number of steps.

RadioKlone, radio streaming and recording program is simple and easy to use. For anyone who likes music, this is a good program as it caters to needs of all kinds of music lovers. The recording is a great feature too.