GraphicsMagick is a free image editor software for Linux, Windows and BSD which offers both command line and graphical interfaces where you can manage vector and raster images. The command line version offers much more photo management tools than the graphical interface, but the downside is that you’re gonna have to read up on the commands that are used by it. Graphical interface offers simple tools like cropping, rotating, resizing and so on.

Graphical interface of this free image editor can be seen on the image above. It’s very simple with just the classic menu in the top left corner of the screen, a small toolbar below it and the rest of the window being reserved for the images that you open up. Now the command line can be used by typing in the invoke command for GraphicsMagick which is:

followed by the appropriate manipulation trigger that you’d like to apply to images and photos. So for example if you would like to start conversion, you need to add convert to the command, together with the paths to the files that you would like to convert. 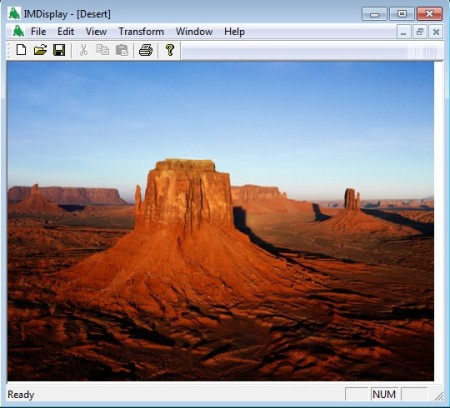 Full list of commands and a how to for the command line can be found here. Key features of GraphicsMagick are:

How to edit images and photos with GraphicsMagick

When running the graphical version of this free image editor you might receive an error. You should install a Windows update from here, in order to make it work. 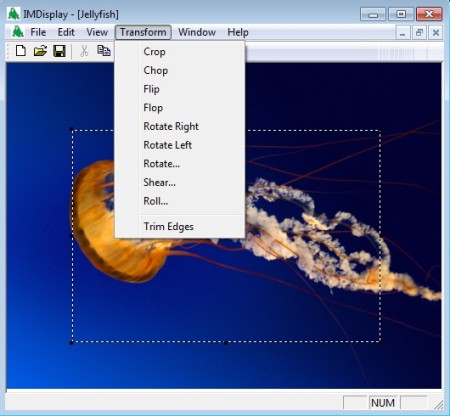 Once that you’ve got it working, to edit the image by cropping it, flipping, rotating and applying all the other tools that you can see above, select Transform from the menu at the top. The first two options only become available when you’ve made a selection on the image that you’ve open. You just have to left click and hold in order to start making the selection window appear. 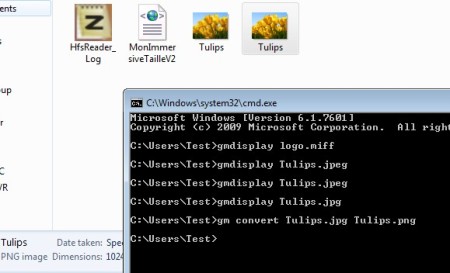 Like we said, for all the other features available in this free image processing software you’re gonna have to open up the command line. Open up the link that we gave before for documentation and start reading up on all the cool things that you can do.

Even though GraphicsMagick mostly relies on the command line for all the cool image editing that you can do with it, it’s not very difficult to use, and you should definitely give it a try. All those who are only looking for a very simple image editor for transforming images, they can give the graphical version a try. GraphicsMagick is still in development, so there should be more interesting features in the future.