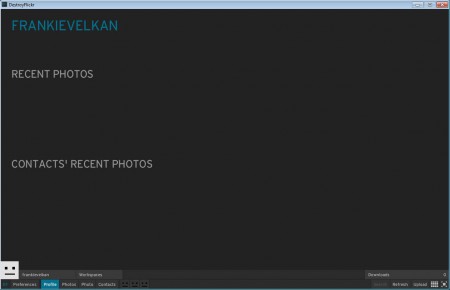 Interface of Destroy Flickr is very modern and the entire application was created using the Adobe Air runtime environment, which means that this free Flickr app will work on Windows, Mac and Linux. If you have a new Flickr account, then after installation and logging into Destroy Flickr you won’t see anything in Destroy Flickr, it will be blank, but if you are a seasoned Flickr user, and you already have a lot of photos in your account, Destroy Flickr will show every photo that you have, and it will display all the photos of your contacts as well. 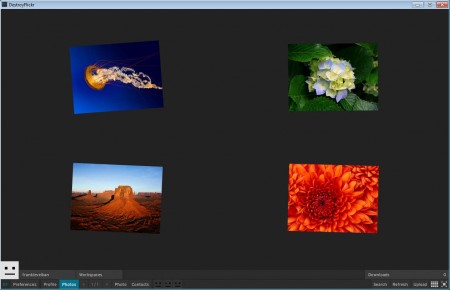 As soon as we started uploading photos, and as soon as we clicked Refresh button which can be seen in the bottom right corner, we also started receiving images inside Destroy Flickr, free desktop client for Flickr. Image above shows a very simple gallery of photos, which has a neat little effect after you hover your mouse over photos. Destroy Flickr also comes with a lot of other interesting features, you can:

The whole reason why this free desktop client for Flickr exists is because the author felt that the interface which actual Flickr website has isn’t very good, that colors aren’t good for a photo sharing website, and that the overall design is not very good also. 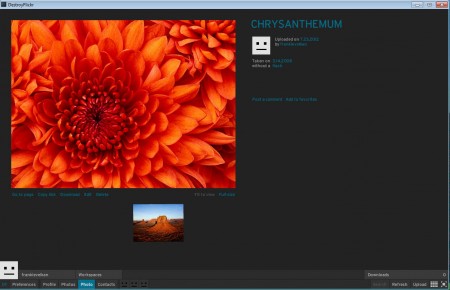 What was created is what you can see on the image above, a standalone Flick client which has a very slick interface, where you can browse your photos, browse photos of others, make comments, and organize favorites. You can do all these things and enjoy in the black background, and a very easy to follow interface, where there aren’t that many options jammed into one place, which is definitely the case with the actual Flickr website. 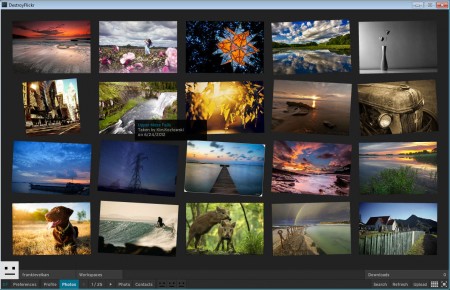 All those who are tired of the Flickr website interface, and all those who are looking for a way of how they can enjoy quick and easy Flickr photo browsing without a browser should look into Destroy Flickr, because it will offer you with the same if not better functionality that the actual Flickr websites does, and it will do it for free. Donwload Destroy Flickr now and enjoy what it has to offer, free download.