Here are 2 video resume addons for Mozilla Firefox which you can use to resume online videos on websites like YouTube. Normally when you watch videos on YouTube and when you close a video midway, the next time that you open up that same video it’s gonna be played from the start, shorter videos at least will. A resume addon will let you continue where you left off.

Below are the 2 addons we found for you to be used in your Firefox browser. 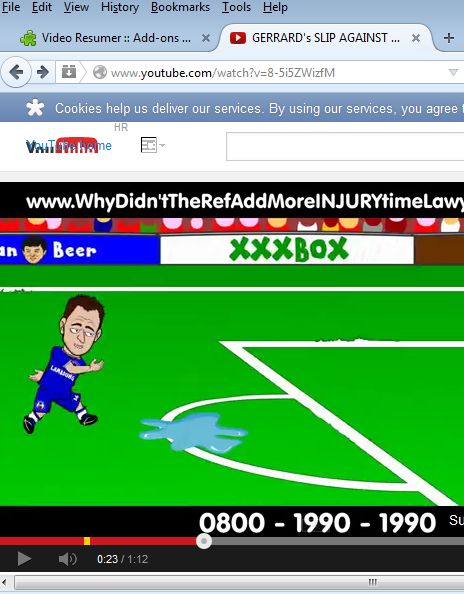 Video Resumer does exactly what we described in the introduction. As soon as the addon is installed next time that you watch a video on YouTube and you need to leave, close Firefox, addon will “remember” your position in the video, no matter how long the video is.

When you get back and open up the closed video again, it will start playing where you left off automatically. There are settings available where you can instruct this resumer addon to only resume videos of a certain length. So that videos which are only a couple of seconds long, which are very short, so that their position won’t be remembered by the addon. There’s little point in doing that due to the shortness of the videos. Everything’s done automatically, you only need to open up settings and tweak the settings if you want to start filtering videos based on their length. 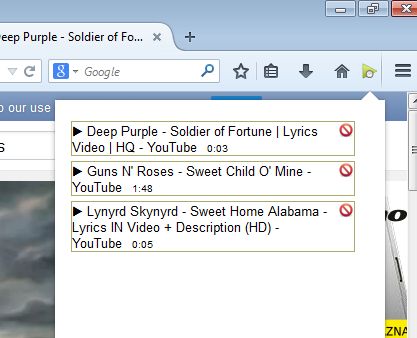 resumeLater is a different type of a resume later addon, which lets you keep bookmarks of the currently active videos.

When you need to leave a video that’s currently playing, click on the top right corner addon icon and in the drop down window that shows up click on the green “play later” icon at the bottom. Doing that will automatically pause the YouTube video and add a bookmark to the list so that next time that you visit the bookmarked video it will start playing from the saved location. Difference between Video Resumer and resumeLater is that with resumeLater you’ll have to work a little bit extra because it requires you to create a bookmark while Video Resumer does all of this automatically for you.

We hoped to find more extensions that allow you to resume YouTube videos after closing them, but there aren’t any that work. The two that are mentioned above will work, we guarantee it. From the two that we listed and managed above we suggest that you first give Video Resumer a try, because it’s a video resume addon which offers a much better integration than resumeLater.

resumeLater works more like bookmarking that Firefox already has, only it focuses on providing to the user an easy way to bookmark videos with the current time, so that videos can easily be continued later on. YouTube automatically allows you to resume longer videos, but if you also wanna have this feature on shorter videos, you’re gonna have to install one of the two addons that we listed above.