Let’s look at them below. 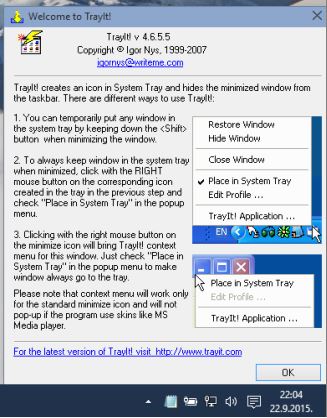 For the purpose of this test I decided that I’ll be minimizing to tray something that you normally don’t need in the system tray at all, Notepad. You can see on the screenshot above that I managed to do just that using TrayIt!. 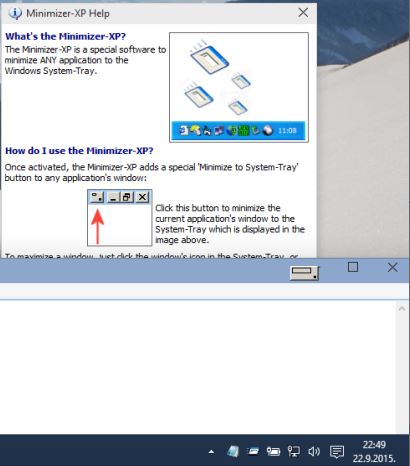 Minimizer-XP is another minimize to system tray software for Windows which despite having XP in its name, is completely compatible with Windows 10.

Minimizer works a bit differently from TrayIt!. Instead of using a keyboard shortcut for minimizing applications to tray, it is going to add a new button next to the standard minimize, maximize, close buttons in the top right corner of the window border, see image above. Click on that button minimizes applications to system tray. The only glitch that I found is the fact that the button for minimize to tray doesn’t seem to be positioned properly (overlaps slightly the standard minimize button) and it will also not follow the overall theme of Windows 10, but as far as functionality goes, everything works as expected.

Also, have a look at RBTray: Minimize Any Window To System Tray. 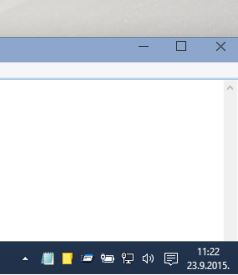 RBTray doesn’t add buttons to the window border and it even doesn’t have an interface. After clicking on the portable executable nothing will pop-up, but the application is going to work in the background. 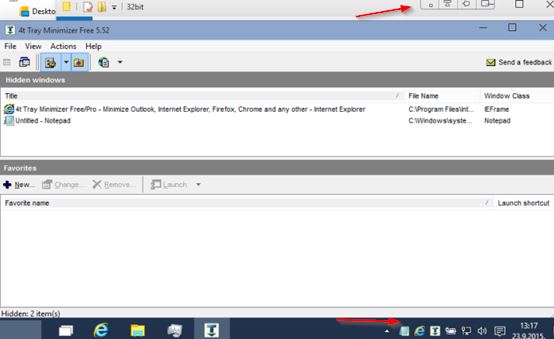 The last minimize to system tray software that I’m going to mention is very advanced. So much so that it even includes additional features like window transparency, “stay on top” functionality and window roll-up, which rolls up application windows into the window title bar at the top.

There are 3 ways how windows can be minimized to system tray using 4t Tray Minimizer Free. Using the additional buttons which are added next to the standard minimize, maximize and close buttons (just like Minimize-XP), using customizable keyboard shortcuts, or again by right clicking on the standard minimize button (just like RBTray). Control panel is also included for managing settings and currently active/minimized windows, see image above.

Also, have a look at Add Extra Buttons to Program Windows: Minimize to Tray, Always on Top, More.

4t Tray Minimizer Free is very advanced and I really liked all the additional window management options that it has to offer. Those looking for simplicity should go with RBTray, because it doesn’t get much simpler than that. The other two minimize to tray software are for those who are somewhere in between. Let me know what you think by leaving a comment down below.