Here’s a list of 5 contact backup apps for Android which you can use to easily backup your contacts for safe keeping or when you need to synchronize them with your new mobile phone. Even though it’s possible to sync contacts using Google accounts and its own sync features, sometimes, like for example when you have an older version of Android, or when you need to sync contacts of someone elses phone, it’s a good idea to use a contact backup app.

With the following apps you can do just that. Let’s see how do they work exactly. 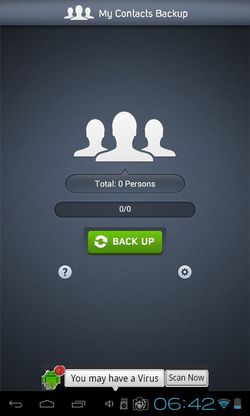 MCBackup saves your contact list as a vCard file (.vcf), which you can then easily send to other devices and use the same app to import contacts into a new phone.

You can see it in action on the image above. To create a backup, you just need to tap on the Back Up button. Contact list is saved to your phone and you’re offered right away to send it via email to the other device where you want your contacts restored.

Get MCBackup – My Contacts Backup. 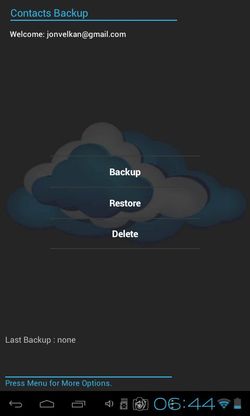 Before you’ll be able to perform a backup, you’ll have to register a cloud account and sign into the app. Once that you’ve done that, this contact backup app will present you with another interface where you can perform contact backup into the cloud and then on the other phone import the contact list that you saved into the cloud.

With Contacts Backup you’ll be able to backup only phone numbers, so be careful.

It won’t backup email, address and any other info that your contacts might have. This is useful if you only want to backup phone numbers or if you’re backing up contacts from a SIM card where only phone numbers can be saved. 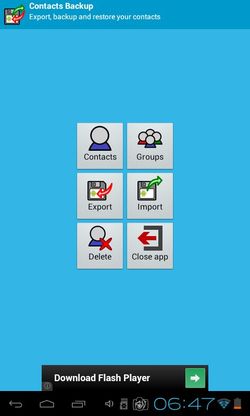 Backup is saved locally to your phone or a memory card and it can be saved as either Excel spreadsheet, HTML, TXT. To restore the backup, install Contact Backup to the destination phone and select restore from the main menu. 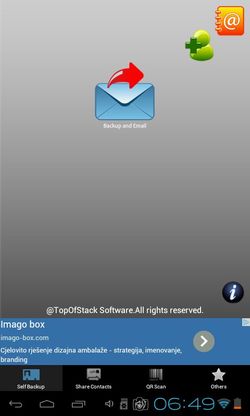 Contact Backup creates a backup of your contacts and then it offers you to send the created backup via email or phone to a phone where you need the contacts restored.

There’s also an iPhone version of this app if you need to restore apps between your Android and iPhone.

Backing up contacts is easy, and there’s a lot of different contact backup apps that lets you backup your contacts in a lot of different ways. We suggest that you try Contacts Backup by Rockstar because it’s a very simple to use and it also backups your contact info into the cloud. Others are good also. Let use know what you think in the comments down below.