Apart from playing animated PNG, some unique features are also available in some of these tools. For example, you edit images (like JPG, PNG, etc.), convert images, rotate images, and more.

Let’s start with the first animated PNG viewer available in this list. 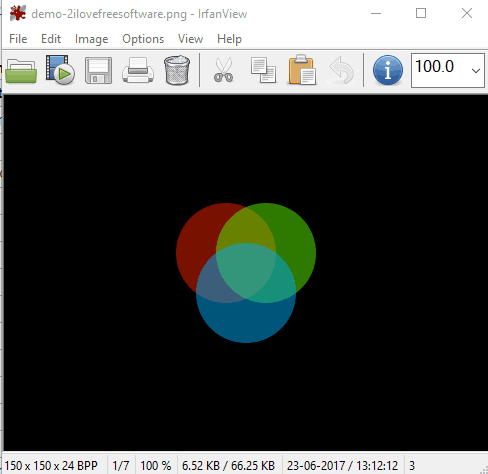 IrfanView is a powerful image viewer suite that comes with a lot of interesting features. Apart from viewing still images, this software lets you play animated PNG images also. You can simply open its interface and add any animated PNG image. It will start playing it.

Apart from this, you can use this software to convert images, create slideshows, and lots more. 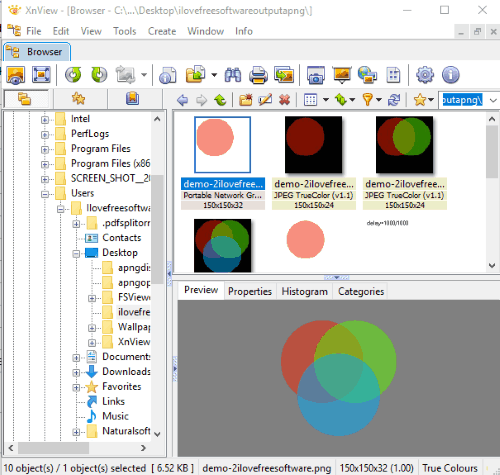 XnView is an all in one image file viewer, photo organizer, and converter software. And the good thing is that it also supports animated PNG files. It plays animated PNG image in the bottom section of its interface. That section looks a bit narrow, but you can easily expand that section so that you can view APNG comfortably.

This image viewer also comes with navigation pane. So finding and selecting an APNG file is really simple. Just use the navigation pane, select the APNG file, and it will automatically play it on its interface.

You may learn more about XnView here. 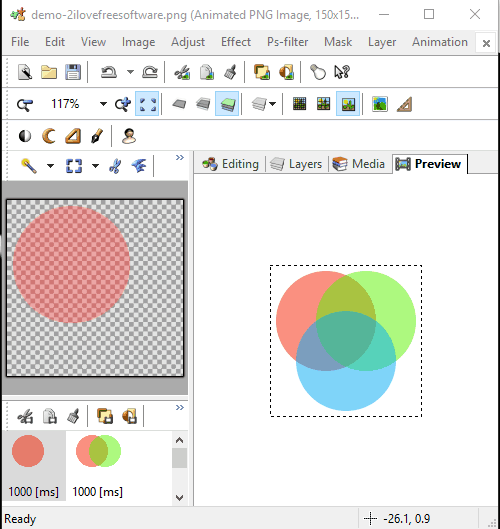 RealWorld Paint is actually a drawing software that can be used by kids as well as elders. The great news is that it also supports playing animated PNG files. While many other great image viewers are not able to do so, this software has this advantage of playing APNG files over other image viewers.

Apart from playing animated PNGs, it lets you view images, edit them, and more. So if you need a software that can retouch photos, view images, and play animated PNG files, then this software is worthy to try.

We have also covered separate review of RealWorld Paint. 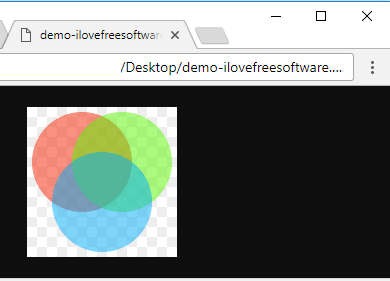 If you are running version below than 59, then APNG file will open as a single image. So you need to update your Chrome browser to version 59. After that, opening an animated PNG will directly play that APNG file on Chrome browser. 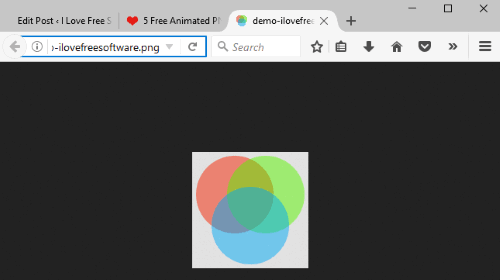 Like Chrome browser, Firefox also doesn’t come with any extra options that can be used with animated PNG files. So, if you need a very simple option to play animated PNG files, then Firefox browser is definitely a good choice.

Animated PNG format is not so popular because of animated GIFs. Still, when you receive some APNG file from someone and you want to play that file, then these free animated PNG viewers will come in handy. Among all these tools, I personally prefer Chrome and Firefox browsers. The strong reason behind that is I don’t have to install some software to especially view animated PNG file. Still, if you want some more features like extract images from animated PNG or convert images, then the software covered in this list will be helpful. If I have to select some other software from this list, then it is definitely IrfanView.