You might feel the need to have an image viewer, which does not hurt your eyes with its window borders if you’re a bit of an obsessive-compulsive person like me. Or maybe for the fun of it, you prefer a borderless image browser. Whatever may be the case you’ll love these 6 borderless image viewers. These Borderless Image Viewers will take out the window edges and provide you with an image-only view. This can prove very useful if you have multiple images that you want to arrange on the screen so you can compare them. This also helps in increasing your attention on the Image. 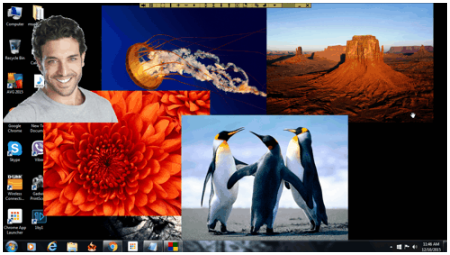 Osiva is a freeware image viewer. Its developer describes it’s as an ‘overly simple image viewing application‘, which is where it gets its name from. The developer tried to develop it in a way so that there are very less visible elements, except for the image. That is why the images are borderless. The application is also completely portable. When you launch the application, you’ll get the option to drag and drop images on its small interface. Alternatively, you can integrate the image files to open with Osiva. One of the very attractive features of this frameless image viewing application is that you can make the main focus of the image stand out. This is done by ‘make image transparent’ option on the toolbar, which removes the background. However, it does not work on every image. It also allows you to arrange the multiple opened images. 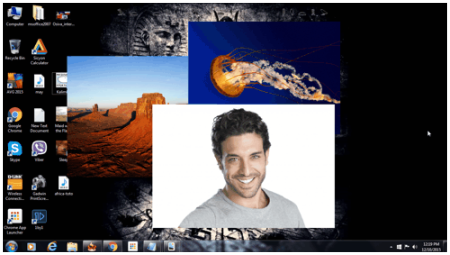 Frameless is exclusively a frameless image viewer. This application lets you browse image without a window border. It can also be launched with a command line. Using the command line you can toggle a lot of options, and some options are toggled with hotkeys. A good feature of this image viewing software is that you can open an image with specified dimensions. You can also change the dimensions later. However, this application doesn’t allow zooming in or zooming out, which I think the developer made a mistake by not including. 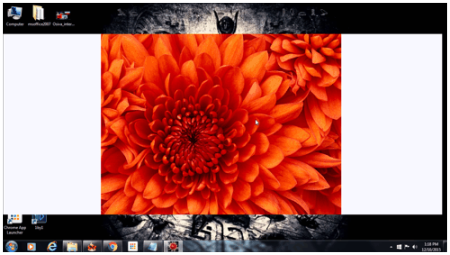 ImageOpen is a traditional image viewer which can be switched to borderless mode. You can integrate it to open with image files or open the application first and right click-open the images on its interface. To make it borderless, right-click the interface to see the drop down menu and click ‘No Border‘. Alternatively, you can press ‘Ctrl+F12’. This application also can’t zoom in or out. It can open jpeg, tif, jpg, tiff, wmf, gif, ico, bmp, etc files. The application has the option to run a slideshow but, I don’t think it would cover the problem that this application has. The problem is that when you go borderless, the application fails to remove the extra spaces on the sides. That doesn’t look right, especially when you scale down the image. On the sunny side, this image viewer can handle GIF files, which many image viewers can’t. It hangs in-between a poor traditional image viewer and a not-properly-executed borderless image viewer. I believe if the developer fixes the problems addressed then it’ll be a better application.

Here is a full review of ImageOpen. 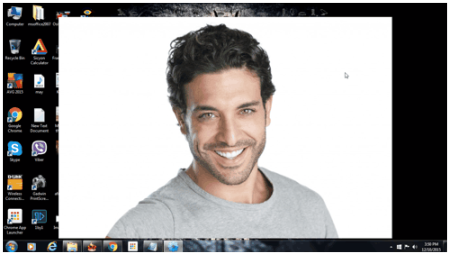 Splash is a simple borderless image viewer. It does not have any degree of complexity. All you need to do is integrate it to open with your image files and just click and browse. The application can be launched through command line too. My experience of this image viewer was not a good one since I was unable to open any of the pictures I had using the command line. Also, the hotkeys were not functioning as they were supposed to. Use this borderless image viewing application only when you need a quick look through images. 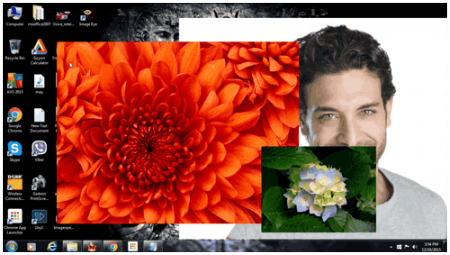 Vjpeg is a very good example of how a borderless image viewer should be. It launches instantaneously when I open an image. The zooming is done by dragging the image file towards the top or left edge of the screen. To zoom out, push the picture in the opposite direction. Most of the functions rely on the hotkeys. You can also email the picture which none of these frameless image viewers offer. This frameless image viewer is controlled basically by keyboard hotkeys. You can also change the picture with the left mouse click and to close the picture use the right mouse click. This application would’ve been more awesome if it had GIF support. If you want a GIF player separately then check out this list, or for Android click this. Overall, I would definitely recommend you guys to try it out. 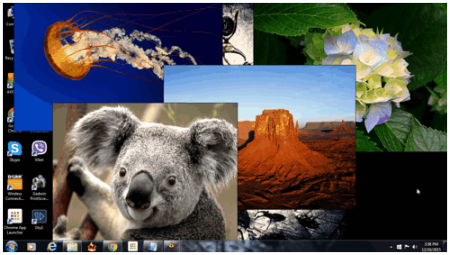 Image Eye was a huge surprise when I was already satisfied with Vjpeg. This image viewer will appear as a window border oriented software. But just as I removed the cursor from the image, the frame disappeared. Other than that, the pictures opened really fast. This borderless image viewer has no unnecessary hodgepodge as menus. When you right-click the image, you get a menu with loads of options. You can choose to see a slideshow too. It also provides you with a thumbnail index of the images you can browse on different directories.This is especially helpful to organize your pictures. If you want a picture organizer separately then check out this list of picture organizers. A very good image editing option here is that you can adjust the brightness, contrast, color levels, etc with the image adjustment settings. Another feature I had not anticipated is that Image Eye supports GIF files. This is what I was looking for when I was looking for borderless image viewers and I am glad I have found it.

I’ll cut the long story short, go get Image Eye as it’s the best, fast and customizable frameless image viewer that is out there. The second choice would be Vjpeg as it only a notch down Image Eye in terms of functionality and format support. Get Osiva if you want a quick toolbar to help you. You can try the rest of the Image viewers if you only want a simple frameless image viewer with only click and view options.

Any comments you want to add? Do so in the comments below!