RoboCop is the Official RoboCop Game for Android. This is a shooting game where you have to kill enemies scattered all around you on the streets of Detroit city. So, be the hero and use your skill to defeat the enemies.

This free Android app is based on the science fiction movie, RoboCop. The buzz about its remake release in 2014, inspired developers to design the best official RoboCop game and give you a chance to be RoboCop, the ultimate police officer. 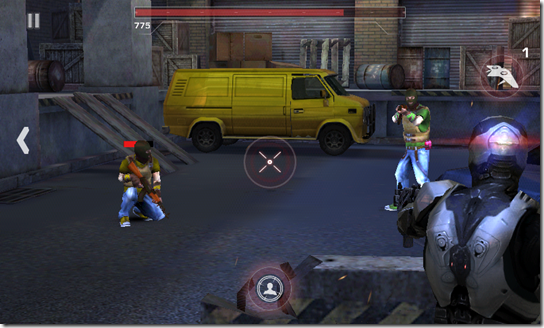 Key Features of this Official RoboCop Game for Android: 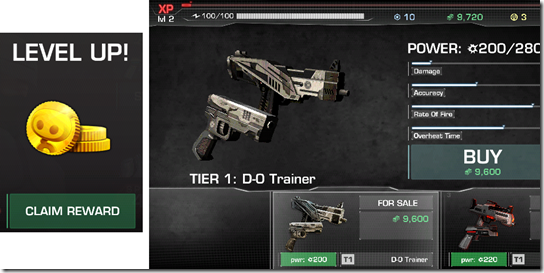 How to Play Official RoboCop Game:

The Google play store link and QR code for this Official RoboCop Game for Android is given at the end of this review. Install the app on your Android device and launch it.

In this game, you have to fight as RoboCop, the ultimate officer in law enforcement. The enemies must be killed to defend the innocent citizens of Detroit. The game is designed in the settings of Detroit city streets. You are alone and enemies are all around you, some hidden behind buildings and objects. Be a brave officer and defeat everyone.

The gameplay of this Robocop game for Android is very simple. You just have to use your thumbs to play this game. Bring the Round Cross icon, displayed in the center of the screen, in front of the enemy by panning the view. Hold to aim and fire will be released. 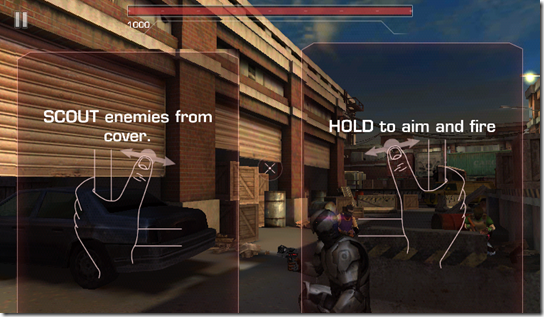 This Official RoboCop Game for Android is very interesting. You not only have to fight human enemies but also some strong evil robot enemies, like EM208 and ED209, from the movie. You can scan them for weak points and defeat them by targeting the weak points.

If you are a Windows 8 user, then play this very cute Windows 8 Shooting Game App.

At the end of each mission in the official Robocop Game for Android, you will be given some reward money (virtual money) that you can use to upgrade your weapons and suit to be used in other missions.

The game is super-exciting just like all the RoboCop movies.

This free RoboCop Game has nice graphics and cool effects. The game play is simple and challenging at the same time. The game play is really smooth and the app did not crash even once. I loved playing the game and so would you guys.

Get Official RoboCop game for Android here or scan the given QR code.