We spend extended periods of time with our eyes glued to the computer screens, on a near daily basis. And while work demands it, staring at the brightly lit displays isn’t really good. Although most desktop and laptop displays include the ability to adjust the screen brightness, most of the times they lack granular controls, and thus, leave a lot to be desired.

But worry not, as Penumbra has arrived to help with that. It’s an extremely useful little utility that lets you dim screen brightness as much as you want. This means that you can reduce the brightness, much lower than the usual display controls let you do. Stoked? Keep reading, you’re going to love this.

How To Dim Screen Brightness As Much As You Want?

Step 1: To get started, download Penumbra from its homepage, and install it. Once installed, the program runs in the system tray, and the tray icon’s context menu can be used to access the major settings, as well as quit the program. 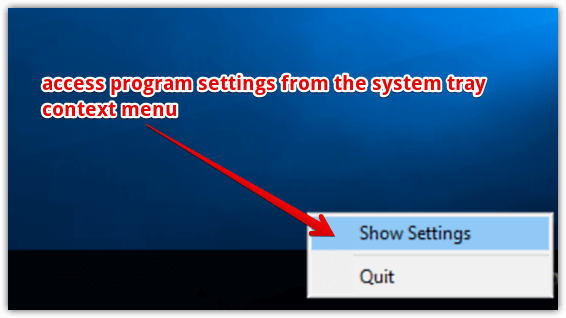 Step 2: Open up Penumbra’s settings dialog box, and you’ll see a brightness control slider, used for configuring the brightness filter. To increase/decrease the brightness in real-time, simply drag the slider to the desired position. As you do that, the changes to the display brightness will be effected in real-time. Other than that, you can also configure the hotkeys for standard program actions, such as toggling brightness filter on/off, displaying settings, and things like that. Here’s a screenshot: 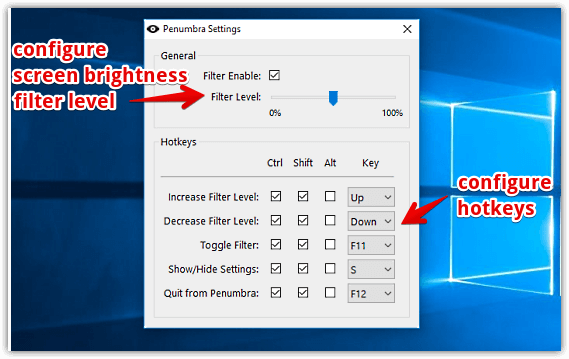 These days, an overwhelming majority of our daily work requires working on the computers. For this reason, it’s not exactly possible to avoid staring at computer screens all day, even though it’s not good. But utilities like Penumbra can certainly help ease out the trouble caused in the process. Give it a shot, it’s a must have program for any computer user.