VoiceID is a free voice recognition system for Linux, Windows and Mac which you can use in order to identify when someone’s talking in audio tracks and videos. Not only that VoiceID can narrow in on the segments of the media where someone is talking, it can also detect the persons identity with the help of voice recognition and voice database that you have to setup.

What you see on the image below is the graphical interface of VoiceID. This is actually just one of the many applications that gets installed with this free voice recognition system, at least when it comes to the Windows version. You also get VLC Media Player, SMPlayer, Pythone and several smaller applications, including the latest Java framework, which is required to run this free voice recognition system. 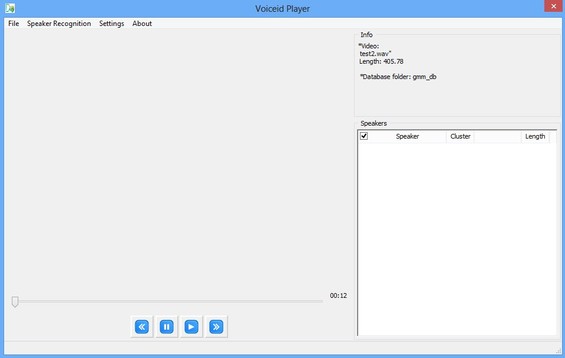 Audio and video tracks that you open will start playing on the left and the list of all the detected speakers will show up in the bottom right corner. Before you’ll be able to recognize speakers in the opened videos and audio tracks, you’ll have to create pattern databases. Databases are where audio samples of all the people that you would like to identify is saved for comparison during voice recognition. Key features of VoiceID are:

Like we already mentioned, first thing that you need to do is create a voice pattern database. It’s best that you use WAV files as samples. To setup the database files using WAV files, you need to run this command:

Even though there’s a graphical interface, you’re gonna have to play around with command prompt. Graphical interface is mainly for voice recognition, once that you have your database file. Open it up once that the command finishes. 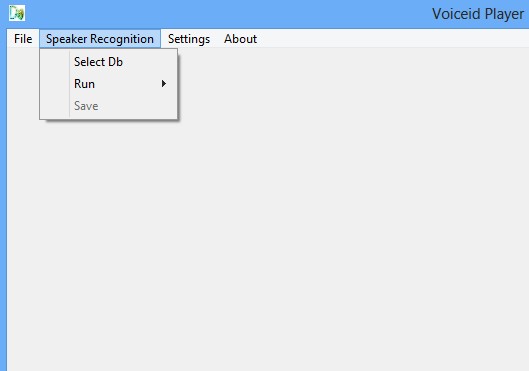 Open up the audio or video file that you’d like to use and after that also select the generated pattern database by selecting Speaker Recognition >> Select Db. 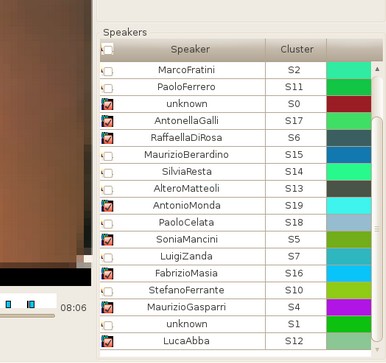 With the database selected, open up Speaker Recognition again but this time select Recognition from the Run menu. Processing should start and if any of the voice patterns from the database are detected, their IDs will be listed in the bottom right corner of the interface.

We have to warn you that setup is a bit more complicated than what we showed above, and you will probably come across problems. Documentation is available on links down below. VoiceID is very powerful voice recognition system, but it takes some getting used to. Give it a try and see how it goes.