WinAVI Video Capture is a free video recording software for Windows which you can use in order to capture video from various different devices. Pretty much every device that you install on your Windows machine will work. This free video recorder will scan your computer on the first run and automatically setup everything for recording. Video can be recorded from TV cards, web-cams, VHS recorders, video camera tapes and more.

Interface of WinAVI Video Capture can be seen in the screenshot above. As you can see, it’s very similar to a media player, only instead of a play button on the right we have a record button. Audio and video devices can be set separately, so that you record video from a web-cam, for example and audio from an alternative device, not the microphone of the web-cam.

Some Key Features of this Free Video Recording Software:

This video capture software is very useful for a number of different reasons. It can be used for example to create backups of your video camera tapes. VHS tapes might also be in the archives of some, and it would be a good thing for you to think about backing them up. Here’s how you can do that with this free video recording software:

How to Capture and Record Video with WinAVI Video Capture?

If during startup your devices weren’t detected, it might mean that drivers weren’t installed properly. Check the Device Manager to make sure that everything is properly setup. Once that you do this, when you click on the Options menu from the main control panel, you can set up everything you need to set up before you can start to capture video. 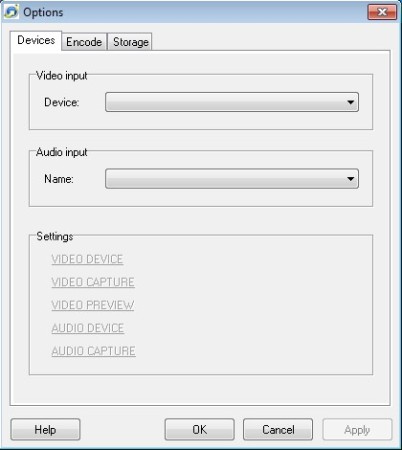 First tab is the Devices tab. This is where you can set up the Video and Audio input devices. In the next tab, you can set up the Encoder settings, formats which you’re gonna use and also select the location where the recorded video is gonna be saved. Click OK to save all the changes and after that click on the big red button from the main menu to start recording. Preview window will pop-up, so that you can see the video as it’s being recorded. Channels that you can access with a TV card can be viewed and recorded at the same time. When you’re finished with the recording, you can open up the built-in burner. 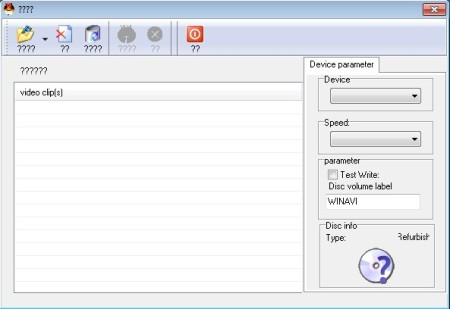 Select the files that you’ve recorded, burner, and have your files ready to be played on DVD players, or just backup them on optical media.

WinAVI Video Capture is a very powerful video capture software, and at the same time, it’s very easy to set up. Give it a try. Try out VidShot Capturer and GB-PVR reviewed by us.