This tutorial is all about how to automatically upload photos you take on Android to Dropbox. By default, you can sync your Android photos with your Google Drive account. But, if you prefer using Dropbox for backing up your files, then it is a pretty good option to upload your Android photos to Dropbox. But, uploading photos manually to Dropbox can be a time-consuming and hectic task. So, in this tutorial, I will explain a simple method which can help you do that automatically.

You can do the same by using IFTTT. It allows you to create a simple applet by connecting the applications “Android Photos” and “Dropbox” to automatically upload photos you take on your phone. For this applet to run, you would need the IFTTT app installed on your Android phone. 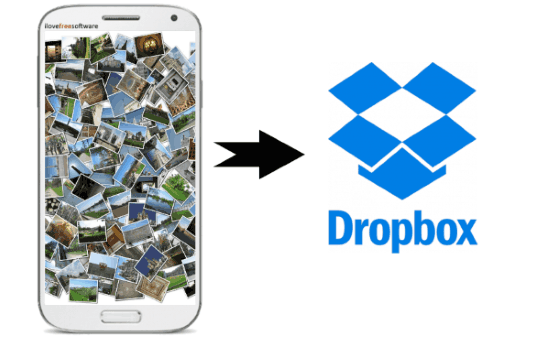 How to Automatically Upload Photos You Take on Android to Dropbox:

Before you get started, make sure to install the IFTTT app on your Android phone. As this applet would require it to upload Android photos to Dropbox.

Let’s say you have installed the app, then you can go ahead and create the applet on the app itself. For that, simply open it up and then tap on the “My Applets” tab at the bottom. Then select the “+” button and you can proceed with the applet’s trigger part or “This” part of IFTTT.

The first thing, you would need to do is select the applet trigger channel. For that, simply type “Android Photos” and then select the application. As soon as you do that, it will ask you to connect your Google account that you’re using on your Android phone. 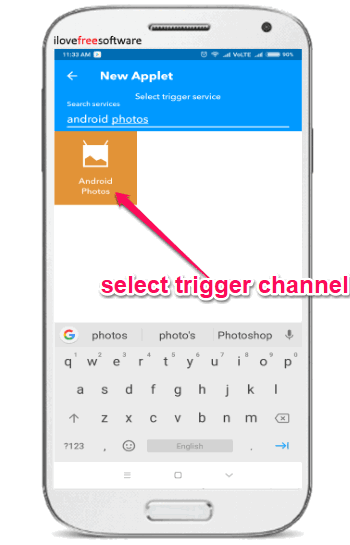 Once you have done that, the list of triggers associated with “Android Photos” channel will show up like “Any New Photo”, “New Screenshot”, etc. Now, you would need to select the applet trigger as “Any New Photo” which will trigger each time you take a photo on your Android phone. 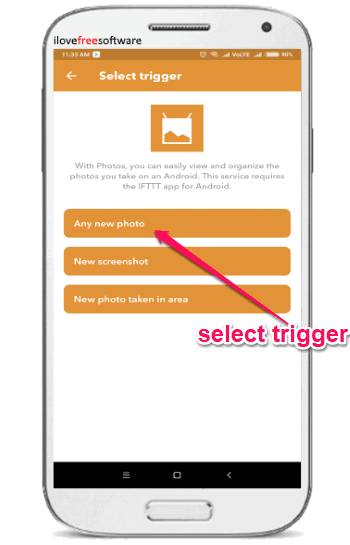 When you’re done with that, you can go ahead and start configuring the action or “That” part of the IFTTT applet. For that, the first thing you gotta do is select the “Dropbox” application as the applet’s action channel. 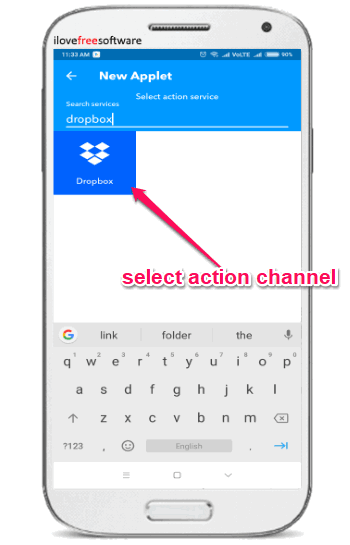 After you’re done with selecting “Dropbox”, all the associated actions will appear on the screen. Now, to automatically upload Android photo to Dropbox, you would need to select “Add File from URL” as the action for the applet. 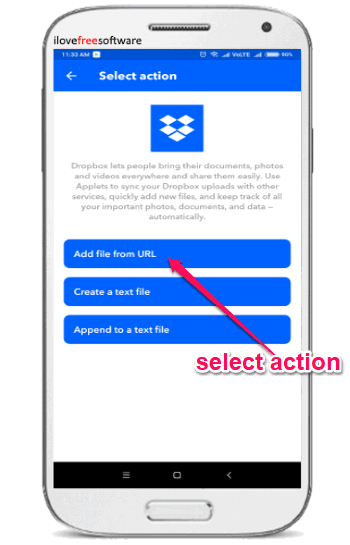 Once you do that, it will ask you to complete the action by configuring different parameters. For example, you would need to select the File URL source, Dropbox folder path, etc. Then tap on the “Create Action” button and save the IFTTT applet. 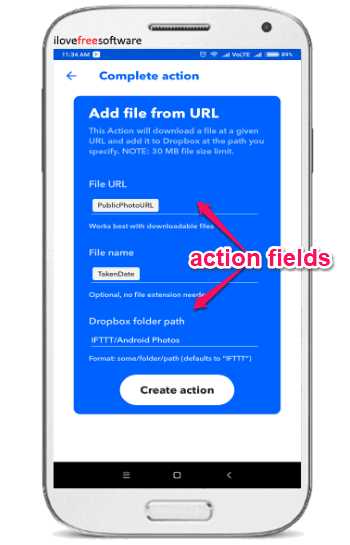 Now, the applet will be activated and whenever you take a photo on your Android phone, the trigger will run and the action will be performed automatically in response to that. That means the photo will be uploaded to Dropbox automatically and stored in the folder path you have assigned while creating the applet. 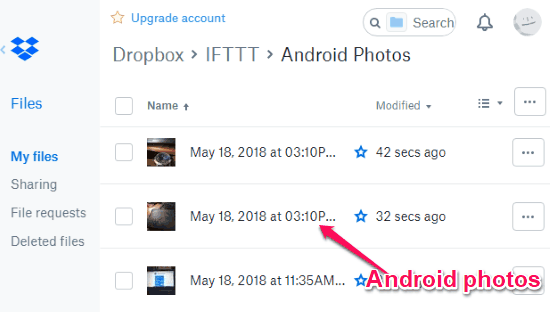 So, if you’re looking for a simple way to automatically upload photos you take on your Android device to Dropbox, then this tutorial will help you with that. IFTTT makes it very easy for you to do that. You can simply create an applet in IFTTT, and the rest will be done by it automatically. Never lose your photos again, as you would have a backup on Dropbox.