DVBlast is a free command line DVB streaming software for Linux. With it you can stream over-the-air TV and radio channels (which you capture using DVB-T, DVB-S, DVB-S2 or DVB-C cards) via network using UDP or RTP protocols. How the stream is gonna work is completely configurable, with customizable bandwidth, network settings, frequencies, modulation, support for Diseq-C and so on.

DVBlast also supports existing RTP streams as input, next to input from DVB cards. This basically means that you can setup your computer as a proxy when someone can’t access a certain stream due to IP filtering, or some other similar limitation. Screenshot down below shows you the help pages of this free command line DVB streaming software, which is where at first you’ll be spending most of your time. 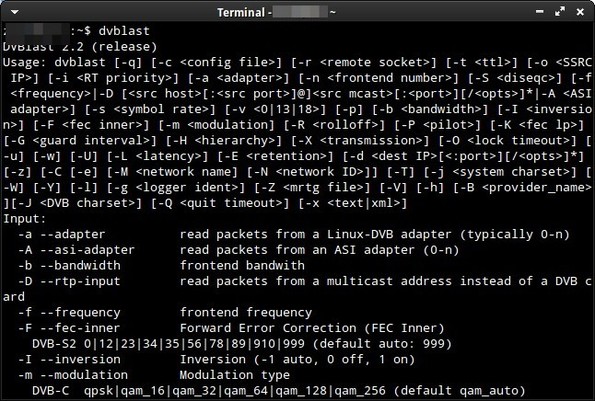 Requirement in order for you to successfully use DVBlast is that you have a DVB card of some sort installed on your system, but this is of course only necessary if you’re interested in streaming over-the-air DVB TV and radio channels. If you’re gonna use existing RTP streams as input then the only thing that you need is a good connection and a solid understanding of all the commands that have to be setup in order for DVB streaming to actually work.

Key features of DVBlast are:

We’re not gonna go into the specifics of how DVBlast should be setup because it depends on a lot of different things. What kind of hardware you have, network setup, do you want to stream locally only or via web and so on.

Assuming that you have your DVB card, network and everything else up and running, there’s two things that you need to do in order to run DVBlast. First you need to create a configuration file where you’ll tell this free DVB streaming software the IP address, port number and several other network related info.

Once you’ve done that, you’ll have to setup a command with which you’re gonna tune your DVB card to frequency that you’d like to stream.

This is a very simple example. What all these are requires a lot of explaining not just about DVBlast, but also about digital video broadcasting in general. We urge you to read through the help pages of this free DVB streaming software and also its help documentation. 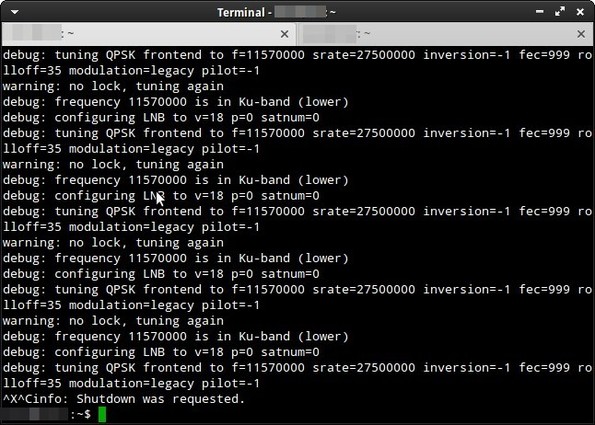 If everything is properly setup, when running the command from above, there shouldn’t be any errors and you’ll be able to connect to your stream from other devices in your network or via web, depending on how you have DVBlast setup.