Here’s a list of 5 voice changer apps for Android which you can use to morph and change your voice. Changing ones voice can come in handy when you’re planning to prank someone, or when you wanna have fun with friends at parties by changing your voice to Darth Vader or Yoda, for example. Maybe you’re more into the helium gas voice? That can also be arranged, without you having to buy helium.

Lets look at the apps we found in the Google Play store. 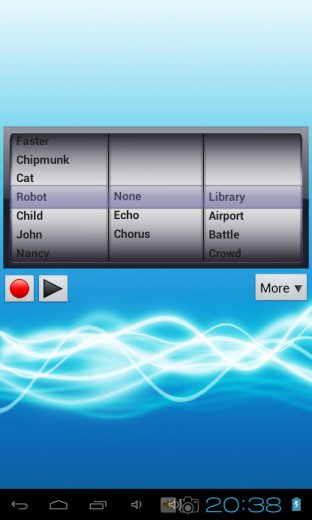 Best Voice Changer first records an audio track and then lets you morph it before saving it or setting it as a ringtone right away.

Tap the usual record button to start recording your voice, then use the three dials above it to adjust the morphing effect. Select between robot, child, cat, man, woman with echo and you can even setup a background noise of your choosing (airport, rain, crowd, etc.). When you’re finished, use the More button to export the morphed recording, or use it as a ringtone. 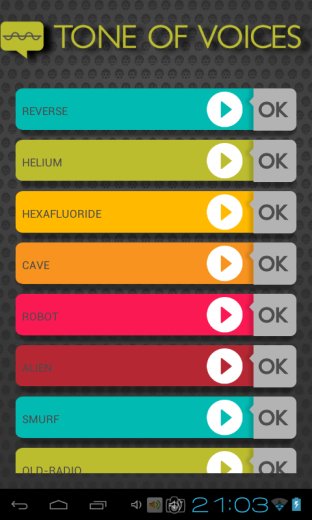 Voice Changer is a very accurately named voice changer app for Android. It’s very easy to use and setup.

You’re offered to record an audio right away after opening the app. Once a recording has been made, you’ll be offered to go through a list of 11 different voice changing effects. Before you’ll be able to save any of them you’ll have to tap on the play button. This lets you preview the effect, but also generates the file that you can then save. Notice that there’s a helium voice changer effect that we mentioned in the introduction. 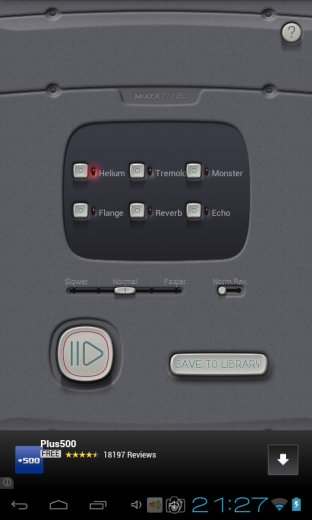 Here’s another voice changer app that bears the same highly descriptive name of Voice Changer, only this one is created by Korrisoft.

Procedure for changing ones voice is pretty much the same as with all the other apps until now. First, you create a recording. Then the voice changer editor opens up. You get helium (again), tremor, monster, flange, reverb and echo. Audio speed can be changed and when you’re finished, click Save to Library to save the track with your voice changed.

Get Voice Changer by Korrisoft. 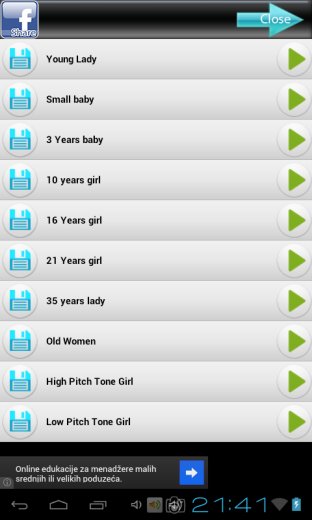 This a must have app for all the guys and gals out there who need to/want to sound like a girl. Gals in this case would sound like a different gal.

You can change your voice and make yourself sound like a small girl, low pitch girl, a baby girl, 10 year old girl, old woman, high pitch girl, etc. When you find the best girl voice, tap on the floppy icon to save the audio track for later. 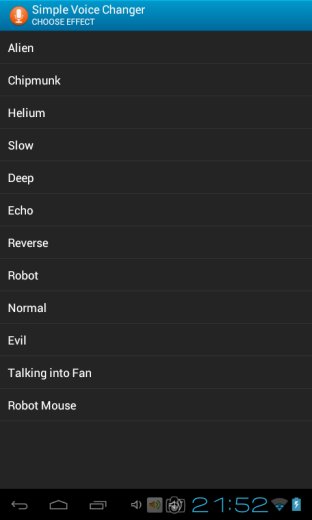 From a voice changer app that features girl voices, we’re moving back to a one that covers a broad range of voice effects.

Simple Voice Changer comes with helium, slkow, deep, echo, revers, robot, “talking through a fan” and dozens of other effects. Changed audio track can be saved, set as a ringtone and shared right away on social networks.

First and last, meaning Best Voice Changer and Simple Voice Changer are two apps that impressed us the most. But to be honest, they are all great. Give them all a try and leave your opinions in the comments section down below.