Here’s a list of 3 emoji extensions for Google Chrome which you can use to enjoy emoji emoticons within Google Chrome. Emojis have become so popular that people seem to be using more emojis when they’re creating text, than they are using actual text. If you want to see the same emojis that you’re now probably seeing on your phone on Chrome also, then you’re gonna have to install one of the following extensions.

Let’s see which extensions are these. 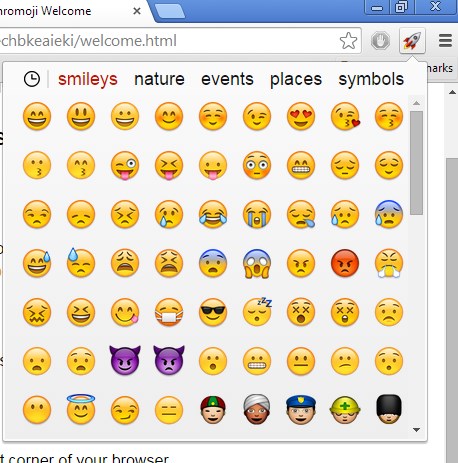 Chromoji is an emoji extension that gives you access to emojis from the top right corner toolbar. That’s where you need to click to open up the emoji selector, the one that can be seen on the image down below.

Available emojis are divided up into 5 categories, smileys, nature, events, places, symbols. This extension lets you insert emojis, it also converts all existing emojis that you come across on websites. Instead of seeing the “missing image sign”, with this addon you can actually enjoy in emojis. Keyboard input for emojis is also possible to setup.

Get Chromoji – Emoji for Google Chrome. 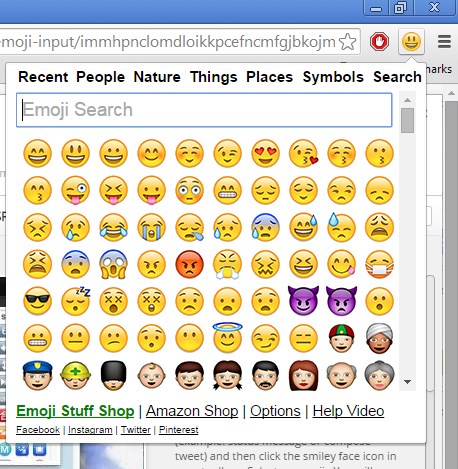 Emoji Input basically works on the same principles that Emoji for Google Chrome does. It lets you input emojis from the top right corner pop-up box and it also converts existing emojis that people posted to websites.

The difference between these two is that with Emoji Input you get an emoji search tool, that lets you find emjois more easily, and you also get more categories to find the emoji that you want (people, nature, things, places, symbols are available). If you don’t want to see emojis on a certain website, open up extension settings and blacklist that domain. 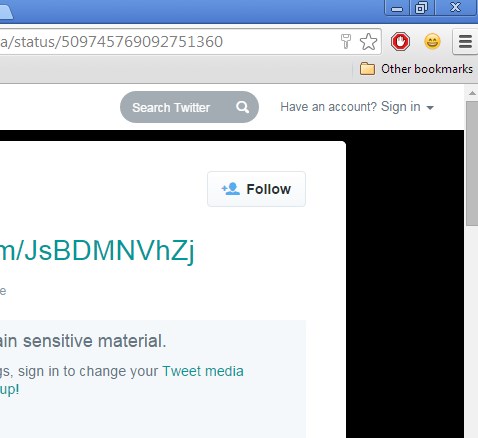 There aren’t that many apps and extensions that add support for emojis in Chrome, so next to the two previously mentioned multi website extensions, which work on every website, I also have to include Emoji Extension for Twitter. It’s perfect for anyone that only wants to have emojis on Twitter. They are the same emojis that you get with the two previously mentioned extensions, and they work the same way. Access them from the top right corner extension icon and simply click on the emoji to add them to your tweets.

Also have a look at 5 Free Emoji Keyboard Apps For iPhone.

I really liked the first two emoji extensions from the list above. You don’t really need to go any further than these two, but if you want something specifically for Twitter (and nothing else) then you’re gonna have to install Emoji Extension for Twitter. Emojis can be easily added and they will show regardless of the website that you visit. Give them all a try and let me know what you think is the best in the comments down below.