Apart from playing media files on Android, this Android RealPlayer app provides you multiple other options to manage your media files. As soon as you install the app on your Android phone, it automatically imports all your media files from your SD card. You can then play any file from within the app.

The app is smart enough to categorize all your media files according to their file type. You will find all your video files in video tab, all the audio files in songs tab and all the image files in photos tab. The player even allows you to create a customized playlist on your Android phone. 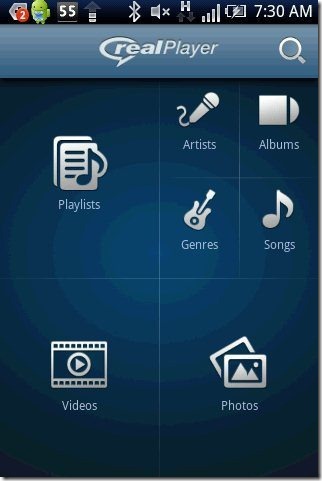 How To Install RealPlayer Beta On Android: