Style Jukebox is free media player software that allows users to listen music and view movie in a computer. Using this free media player, users can easily organize media files that they want to play. This takes away the need to have a separate media library manager like Helium Music Manager, and MediaMonkey.

With features like “Folder Watch”, “Smart Remove” and the 10-band equalizer, it makes listening to music easier and enjoyable.

Style Jukebox media player freeware has a simple interface that is easy to navigate. It shows the library of audio and video items that are currently available in the computer.

Using an option called “Smart Remove”, user can remove selected list of items from the library. Another option called “Folder Watch” allows user to synchronize the items in a folder with the library of the media player.

Playlist option allows user to organize audio and video files that one likes to enjoy. Within a Playlist video and audio items are listed in separate sections. 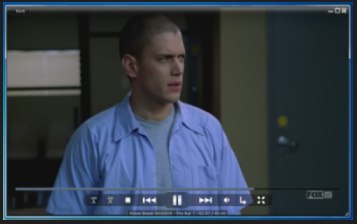 In this free media player user can create multiple Playlists. Also through 10 bands equalizer user can adjust the sound of the media player. So Style Jukebox is the next generation media player with features that make organizing and playing files easier and more enjoyable. If we had found it earlier, we would have added it to our list of best free media players :)

How to use Style Jukebox Media Player:

The media player can be installed with just a few steps and requires no setting adjustment prior to its use. Once installed it searches the system disk for audio and video contents. As the scanning is over the media player displays these contents along with information like total duration, album name and rating. From this library, user can pick-up the items and create a Playlist with these items. Now user can play items within a Playlist.

Style Jukebox has some interesting features that make its use easy and enjoyable:

Some of my other favorite media players include RealPlayer SP, and Winamp.