Ashampoo Burning Studio 2013 is a very popular free disc burning software for Windows. It’s a competitor and pretty much the main alternative to Nero Burning Rom which you can use to burn data, video, photo and audio CDs, DVDs and Blu-Rays. On top of the basic function of disc burning, Ashampoo also offers a feature rich cover creator, backup utility for creating ISO, CUE/BIN, and its own ASHDISC disc images, on-the-fly disc copying, and disc editor which allows you to create custom disc images.

Today we’re gonna be talking about this year’s version of this free disc burning software, Ashampoo Burning Studio 2013. It’s free to use, but it does require you to register a license key on the website, registration is free. 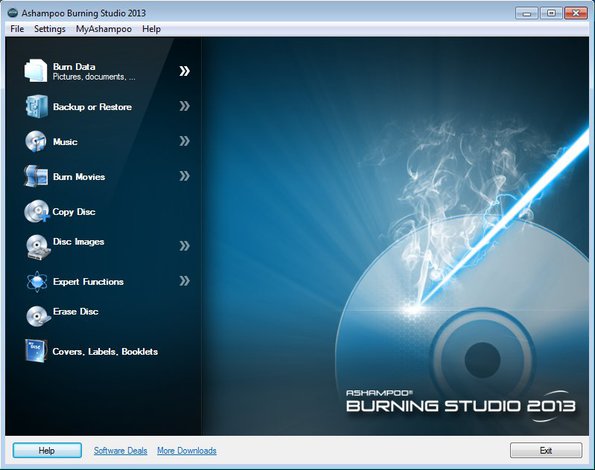 All the options that you need for burning and managing discs are available in the left sidebar. Disc burning is setup with the help of wizards, which makes Ashampoo very easy to use.

Before we begin a small warning. Setup wizard tries to install a web browser toolbar, and change the search engine of your web browser. You also get a desktop shortcut to the Ashampoo store, which is not optional, but it’s not too intrusive either.

First step of the on-the-fly copying can be seen on the image below. Here you need to select drive where the empty disc is. After that, if you have an additional optical drive which is burner, you can select destination and discs are copied right away. 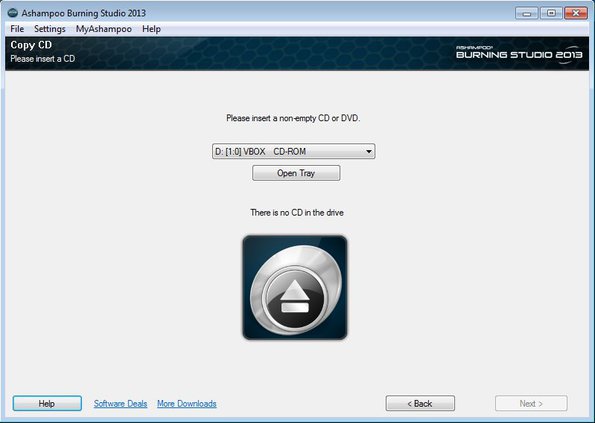 We’re gonna stick to the basics of disc burning, disc copying. In the features list above we mentioned that there’s two ways how you can copy CDs. First one is on-the-fly, for which you need two optical drives, at least one of them needs to be a burner.

On-the-fly means that one optical drive reads data while the other one burns it right away on an empty disc. If you use ISO image, you first save the contents of the disc to hard drive, and after that you burn it to a disc. 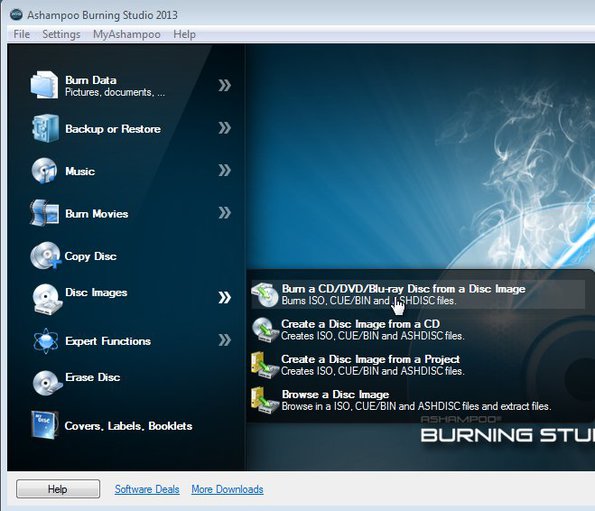 To burn audio CD, video DVD, data CD or create data disc, select the appropriate option from the menu on the left and follow the instructions.

Ashampoo Burning Studio 2013 has everything you might need for creating a wide range of disc types, data, audio, video, copying, even disc covers can be created with it. Despite of that, it’s easy to use and it’s free. Give it a try and see how it goes.