However, the best feature of this free photo album creator is that it allows you create photo albums in executable format. This means that you can just add all your photos to your album and create an album, and share with your friends and family in exe format. To see your photo album, your friends just need to run that exe file, and do not need to install any software. 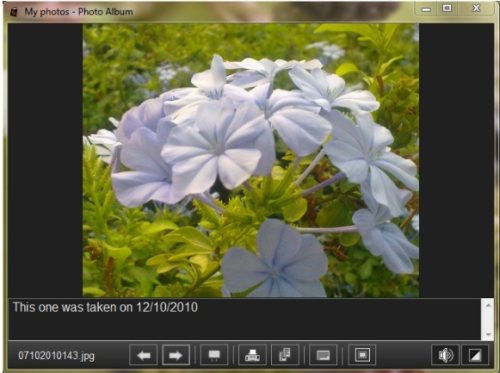 Once you are done with adding all the photos, and adding comments to them, you can just generate your own photo album. The album will be created in exe format.