Here’s a list of 5 photo warping apps for Android which you can use to easily apply funny warp effects to images and photos. If want to have a laugh with a friend or someone else by warping faces on photos, then the following apps are just the thing you need. They can be easily used without the need to know any kind of advanced photo editing skills, like it is the case with a lot of other Android apps.

Let’s see just what exactly does the Play Store has to offer. 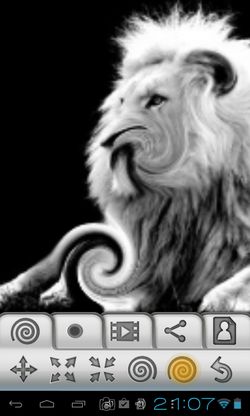 Photo Warp+ is a great photo warping app that lets you warp photos both clockwise and counterclockwise. It can be seen in action on the image above.

All the options for editing photos are available in the toolbar down below. From the 5 tabs that’re available there you can adjust the size of the warp effect, and also activate photo morphing, which is where you morph the photo manually by tapping on the screen. Warp is also applied by tapping on the image. The more times that you tap on an image, the more powerful the warp effect is gonna get. 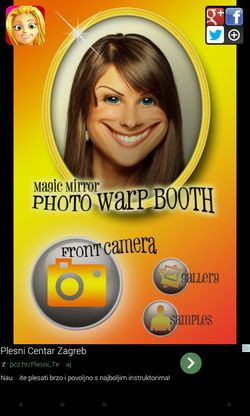 Photo Warp Booth takes photos with the phone camera and then instead of showing an image of normal you, preview screen will show a photo of you with the warp effect applied.

Manual editing is also available, if you want to additionally warp the created image. Another thing that is available are gallery imports, where you can import images from the gallery and then warp them. 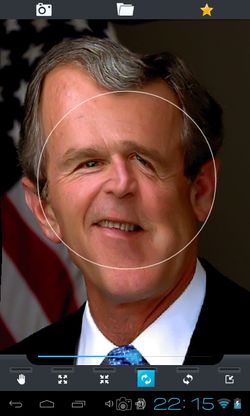 Photo Warp is a lightweight photo warping app for Android that lets you easily apply the warp effect by tapping on the screen.

There’re actually 5 different warp effects that are available. They can be seen in the bottom toolbar at the bottom. Tap one of the 5 icons to switch between bulging, warping, morphing effects and more. Use the slider to adjust the size of the affected area of the image. Images can be opened from the gallery or created using camera.

Get Photo Warp by Anton Sm. 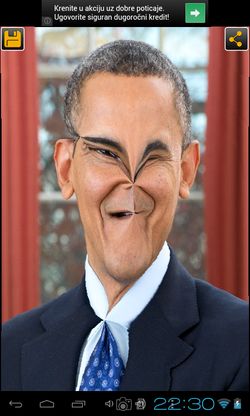 If you’re interested in warping photos by using the so called pinch effect, then you should give Photo Warp Magic a try.

Nothing much else can be done other than the pinch warp effect. Use this app if you want to remove someone’s mouth, eyes or if you just want to make them very skinny, if the diet that they’re on isn’t paying off. 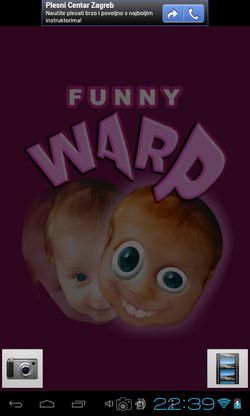 Available effects are pretty standard, tap your finger on the screen where you want to warp an image and you’re gonna see it warp. Image can either be opened from the gallery or you can create new ones using your camera phone.

Picking a favorite out of these 5 isn’t easy, but because they are easy to use and functional, we suggest that you give Photo Warp Magic and Photo Warp+ a try first. Try all and leave comments down below.