Here’s a list of 5 GIF animation creator apps for Android. With these apps you can, as you might have guessed it, create GIF animations. GIF images are great when you wanna send someone a quick animation (something that’s not video) or it can also be useful when you just wanna create one of those famous reaction GIFs which are always fun to watch.

The following GIF animator apps help you do just that. Let’s see what we got. 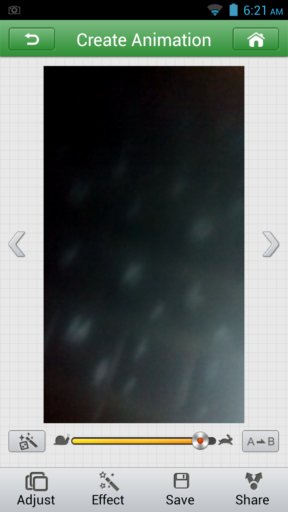 With Wondershare PowerGIF you get both a GIF creator and a GIF viewer. GIF animations aren’t supported on default Android image viewers, so with PowerGIF not only that you get to create animations, you can also view GIF images that you have stored on your phone.

There are two ways how you can create animations with PowerGIF. First you can use your camera to record up to 100 frames and then convert that into a GIF animation. If you don’t want to use your camera you don’t have to. Images stored on your phone can also be loaded into the app and used to create the animation. Image effects like the lomo effect are also available.

Get Wondershare PowerGIF or Read More. 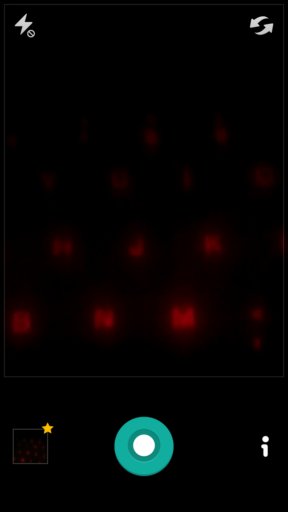 Fixie GIF Camera can create GIF animation using only the back camera of the Android powered phone or tablet that you’re using.

To start creating the animation, tap and hold on the button in the middle of the screen down below. After releasing the button, app will create the GIF animation inside the “final cut” editor where text, effects and even frames can be added to the created GIF animation before saving it and sharing on social networks of course. 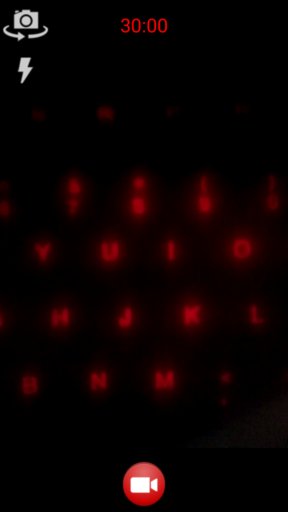 Gif Creator is one of the simplest GIF animation creator apps that we tested, simple in the sense that it’s easy to use, because it’s feature rich when it comes to functionality. 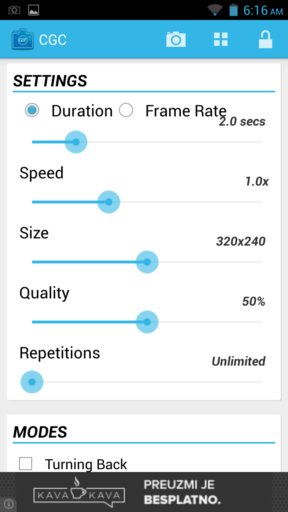 Despite being called Camera GIF Creator, this GIF creator app lets you create GIF animations with both the camera and by using the camera. It’s not an app that aimed specifically creating GIFs with the camera.

If you’re creating a GIF animation with the camera, you’ll be able to manually tweak the animation, like it’s length. See image above. Tap in the top right corner to create GIF animations from existing images from the gallery. 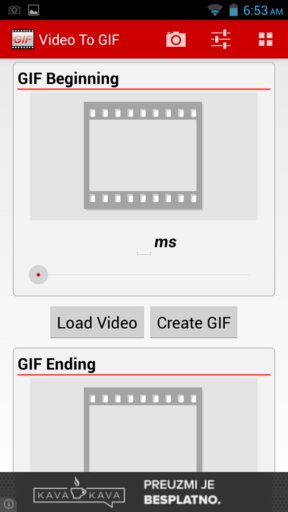 We can’t have a list of GIF animation creator apps without mentioning at least one which converts existing video into GIF animations.

That’s what Video to GIF is. You can load videos, all the common formats are supported. Tap on settings in the top right corner, tweak the conversion settings, hit convert and wsat for the GIF to be created.

Get Video to GIF.

Out of the GIF animation creator apps from the list above, we liked Gif Creator the most because it’s very simple. PowerGIF is also very interesting. Try them all and then leave comments down below telling us which app you think is the best and why.