Here’s a list of 5 Xray scanner apps for Android which you can use to prank friends, family members and other random unsuspecting people. Smartphones these days are constantly getting new functionalities and features, so it’s not entirely impossible to convince someone gullible into thinking that your new phone has a built-in Xray as a new feature.

These apps will make the con more realistic and believable. 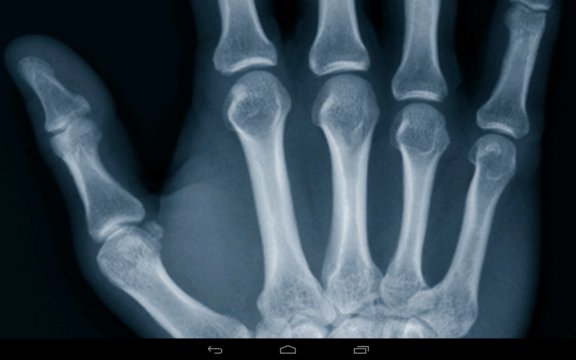 Xray Prank by Gamenco comes with “Xray images” of both the left and right hand/feet. Xrays of chest and head are also included as an added bonus.

App does seem to be a tad bit more aggressive with ads, but the image quality and functionality are top notch. Sensors are used to pan across the Xray as you tilt the device forwards/backwards. Just put you hand in front of the camera, turn on the app and start convincing people how the camera has a new “Xray sensor”.

Get Xray Prank by Gamenco. 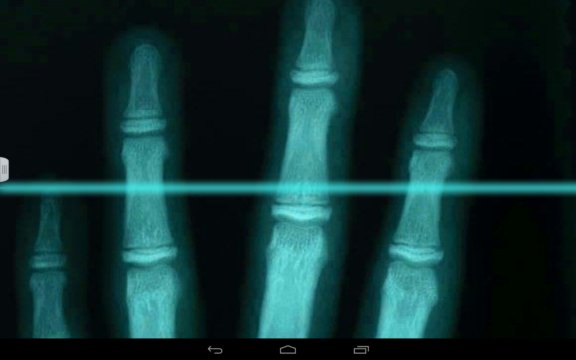 Xray Scanner Prank by porrassorft doesn’t have Xray images of feet, only hands, head and chest are included.

Even though it is lacking images of feet, it does add a “scanner line” to the fake Xrays, so that it appears as though the Xray is actually generated behind the line. Again to pan across the fake Xray just put your device horizontally and tilt it forwards/backwards. Sensors will do the rest.

Get Xray Scanner Prank by porrassorft.

Also, have a look at Free Scanner App for Android to Scan Documents: Camscanner. 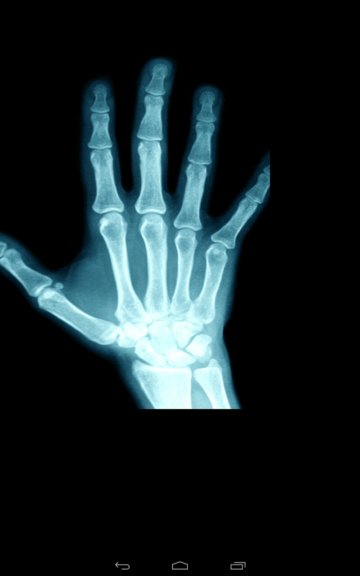 X-Ray Scanner is an Xray scanner app that works a bit differently from the two previously mentioned Xray scanner apps. Instead of relying on sensors, this app uses the camera to add to the realism.

It will use the back camera at first, but as soon as it detects movement (your hand) it switches to the Xray animation and will slowly pan across it automatically (remember, no sensors). Hands, feet, head, chest and stomach Xray animations are included. 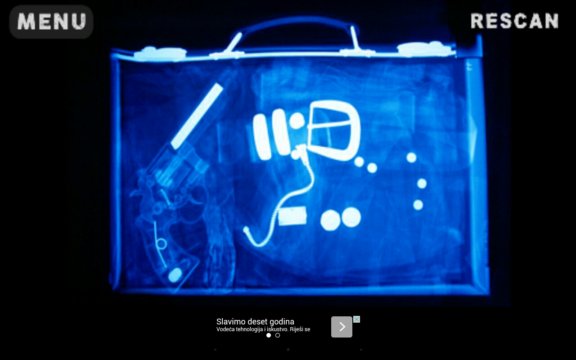 X-Ray Scanner Bag Joke doesn’t simulate body parts, instead it focuses on bags. It works similarly to how X-Ray Scanner by Crisstapps.

First it loads up the camera which has to be pointed at a bag for this whole thing to work. After that there’s a button that you can tap to start up the Xray. Animation starts and after that you’ll be given an Xray image with guns, bombs, bananas, wine bottles and other random funny items showed inside the bag. You can see the extension in action on the image above.

Also, have a look at Android Barcode Scanner: ShopSavvy. 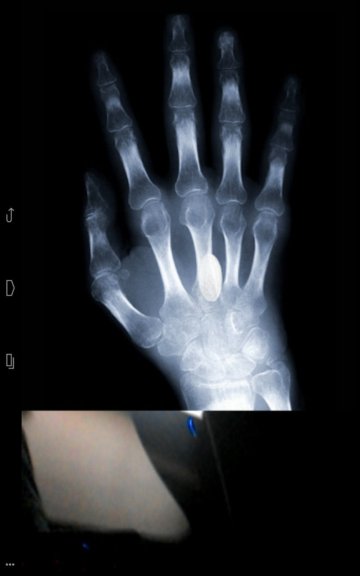 Xray Scanner Camera mixes the camera with the Xray animation so that each of them takes up approximately half of the screen.

You can see what I’m talking about in action on the image above. Top section of the screen is going to be an image of a partial Xray, while the bottom is the camera view. You can align the Xray image (in my case Xray of a hand) with the actual image from the camera to make it seem as though the Xray is a actually a continuation of your hand. This adds to the realism of this Xray scanner app.

All 5 of the Xray scanner apps from the list above are fun, each in its own way. I have to say that I liked using the first 2, Xray Scanner Prank by porrassorft and Xray Prank by Gamenco the most because they use direction sensors so that the Xray animation moves as the device is tilted. Others are also not bad. Let me know which app you think is best by leaving a comment down below.