Here’s a list of 3 audio recorder extensions for Google Chrome which allow you to record audio using none other than Google Chrome. There’s a lot of interesting extensions in the Google Store, and belive it or not, but audio recorders are one of them. If you would like to record yourself when speaking into the microphone or when playing audio from other audio sources like line-in, you can do that using extensions and apps from the Chrome Web Store.

Let’s see what does Chrome webstore has to offer when recording audio.

First we’re gonna cover an audio recorder app called Voice Recorder. It’s a free app that lets you record audio from your microphone, but not just the microphone. 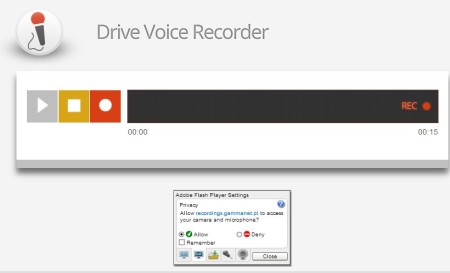 App can be seen in action on the image above. Just like it was the case with Voice Recorder, this audio recorder extension also allows you to select the audio input from where audio is gonna be recorded. Recording can be paused if you want, and then continued later on. When recording is stopped, you will see two buttons on the right, one for regular download and another one for sending the recorded audio track to your Google Drive account. 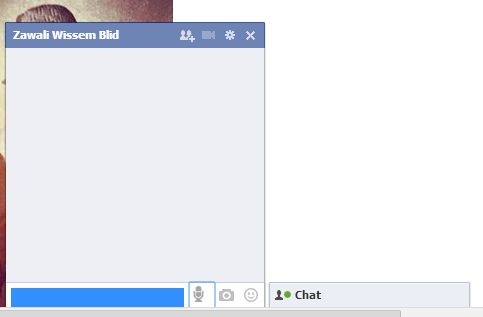 For our last audio recorder extension we’re gonna be talking about an extension that brings social networking into the mix called Talk and Comment.

This isn’t a classic audio recorder extensions like the previous 2 that mentioned up until now. Talk and Comment integrates with Facebook and allows you to record short audio snippets which you can then send to your friends via Facebook chat or comments. After installing the extension, a microphone icon is added to text input fields on Facebook. Press and hold left click over the microphone icon to start the recording. When you’re finished, release the left click and recording is automatically embedded into the comment or chat message (it’s hosted on the Talk and Comment website).

It’s much easier to express ourselves with audio than it is with text, at least when writing messages to friends, which is why we absolutely love Talk and Comment. Other extensions are also useful if you want standard audio recording. Try them out and let us know what you think in the comment section down below.