Here’s a list of 5 audio extractor software for Windows 10, which you can use to extract audio from videos using your Windows 10 powered PC. Extracting audio from videos makes sense when you have a video collection, of podcasts for example, and you only want to listen to them, because that’s what you mostly do with podcasts. Audio extractors from the list down below are going to help you do just that. They will load up videos and help you convert/extract them to audio only, MP3s, OGG, FLAC, etc. Let’s see how they work exactly.

Oxelon Media Converter is an advanced media converter, not just audio extractor software. It can be used to convert between all the more popular audio and video formats, but what we’re interested in is audio extraction, and that’s what you see setup on the image down below. 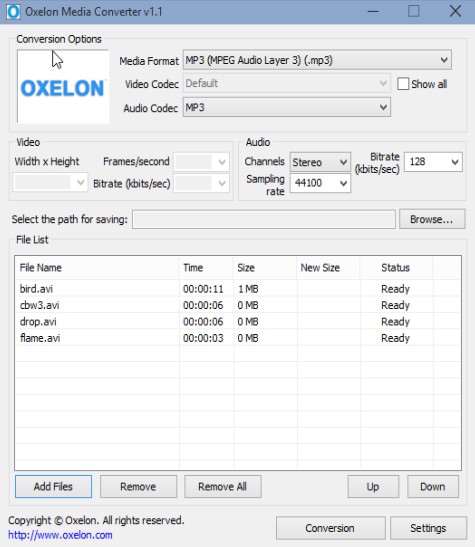 Oxelon has its own internal codecs for 3GP, AVI, MPEG, FLV, MP4, MOV, SVCD, and dozens of other video formats. Extracted audio can be configured, number of channels tweaked, and bitrate/sampling rate changed. Multiple files can be selected at once, meaning batch audio extraction is supported.

Any Audio Converter Freeware is an even more advanced media converter, not just an audio extractor, although audio extraction is supported, and the application works perfectly fine on Windows 10. 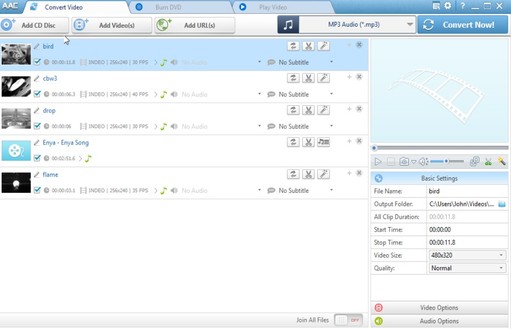 Interface is more modern than the one offered by Oxelon. Notice that I selected both audio and video files and added them to the list for audio conversion/extraction. Output format can be set in the top right corner, next to the “Convert Now” button. There are presets for MP2, MP3, OGG, AAC, AC3, AIFF, FLAC, WAV, WMA, etc. Additional tweaks to the output quality can be made in the bottom right corner. When you’re done with setup, just click on the “Convert Now” button and extraction will start.

Get Any Audio Converter Freeware.

Now here’s an actual audio extractor software for Windows 10, that’s dedicated to audio extraction, which makes it easier to use than the two previously mentioned applications. 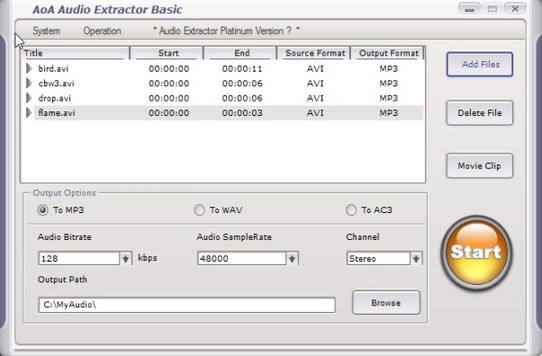 Just add the files you want to convert to the list for conversion, and set the output options down below. Three audio formats are available as output, MP3s, WAV and AC3. Each format can be additionally tweaked, bitrate, channels, sample rate, etc. 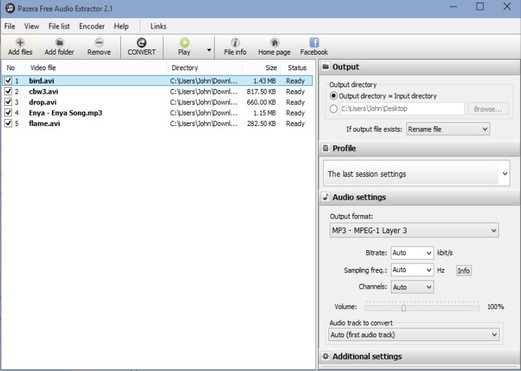 Batch audio extraction is supported. Entire folders can be loaded at once, or you can add individual files to the list. Sidebar on the right has everything you’ll need for tweaking the output format. MP3, AAC, WMA, OGG, M4A, AC3, FLAC and WAV are supported. Be careful during install, application tries to sneak browser toolbar install past you.

Also have a look at Extract Audio From Video Online With Free Online Audio Extractor.

Free Video to Audio Converter does pretty much everything that all the other audio extractor software that I mentioned up until now does, so I won’t go into that. 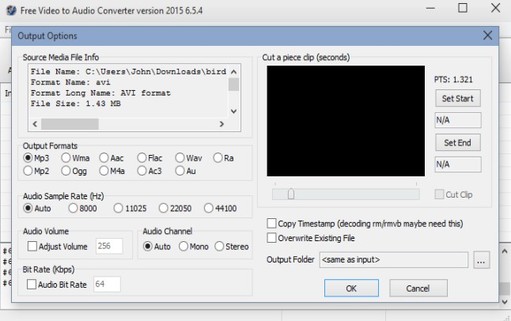 What I am going to mention are features that can’t be found in the other applications that I mentioned, like for example the cut tool, which helps you cut a section of a video clip and convert only that section into audio, or a different video format. You might need to install a codec pack for the application to work properly. Installer tries to install toolbars here also, so be careful when installing.

Get Free Video to Audio Converter.

I really like the simplicity mixed with advanced features that Pazera Free Audio Extractor offers. Any Audio Converter is also impressive because it’s not just an audio extractor software, but all around media converter. Start with these two, but you can’t really go wrong, no matter which app you choose.