Here is a list of 4 Best free USB operating systems that we have come across. Not all of these are based on Linux, and one of these is non-Linux based, still free.

MojoPac is a USB-based desktop operating environment. As is the case in Slax, MojoPac is specially designed to be used on USB drive. To be frank, this is really the only USB desktop environment in this list that meets all the objectives that I mentioned in the beginning of the article. However, do note that MojoPac is not really an operating system, but does lets you use your USB drive to carry around your applications, and use them.

Another great feature of MojoPac is that you can also install it on your iPod, instead of a USB Flash Drive. So, if you already carry your iPod with you, just install MojoPac on that, and have a USB operating system always handy.

The way MojoPac has been designed is that you start by installing MojoPac on your USB flash drive and after that you can install any Windows application on MojoPac. This includes applications like Microsoft office, chat applications, browsers, even games. 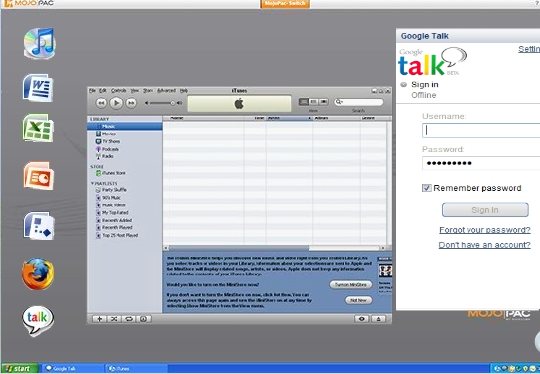 The way MojoPac works is when you plug-in your USB flash drive to any Windows computer, MojoPac uses the Windows files on that computer and then makes your applications run using that. This means even though you have your Window applications installed on your USB flash drive, you never really need to install Windows on it, and Windows of the host computer is used. However, even though MojoPac uses the windows of the host computer, it actually never leaves any trace of activity on the host computer. So, whenever you create any new files or do any web browsing or engage in any chat conversation using MojoPac, no trace of your activity or files is left on host computer.

MojoPac is completely free, and very easy to download. It requires less than hundred MB space to download and install module on a USB flash. Of course, you need more space depending on the applications that you decide to install on your Mojo USB flash drive. 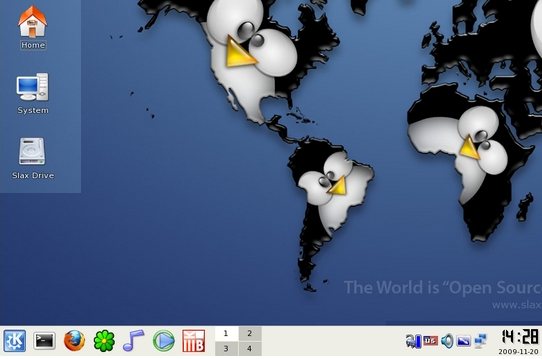 One of the great things about Slax is that you can customize your operating system. You can choose the modules that you want to install and then download your customized installation from Slax’s website. Then it is very easy to just write it to your USB drive to create a USB operating system.

Slax requires around 200 MB of USB drive space and it also comes with persistence feature, so all your files are retained. As I mentioned earlier, one of the great features is that you can choose that which modules you want to install. This ensures that you’re not using the Flash drive space by installing modules which you were never going to use.

Ubuntu is one of the most popular Linux-based operating systems. The reason for its popularity is its easy-to-use interface, and a wide variety of apps that are available for Ubuntu. it is also possible to install Ubuntu to on a USB drive. You just need a 1GB Flash drive to install Ubuntu on that. Installation comes with all the default Ubuntu apps, which includes Open Office, image editor, instant messaging client, browser, and much more. Ubuntu also comes with persistence feature, so if you create any files on your Flash Drive while using Ubuntu, those changes are retained when you plug-in your flash drive next time.

Overall, Ubuntu is one of the best USB operating system to carry around in a USB flash drive. Best of all, it is totally free and easy-to-use.

You can download Ubuntu here, and here is a tutorial to install Ubuntu on a USB Flash drive. 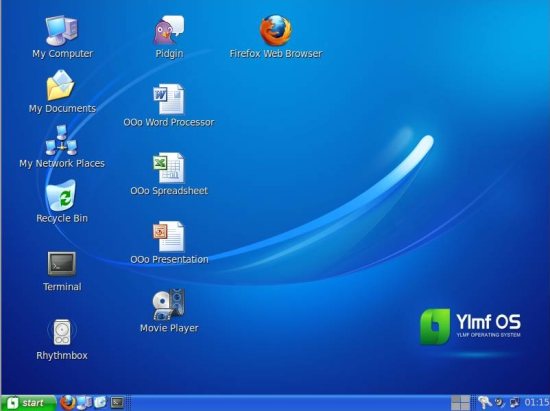 Some other software that deserve an honorary mention are: Sugar on a Stick, Liberkey, and Flow.