Today Google said that Youtube reached a new milestone: 60 hours of video upload per minute, and 4 billion video views per day. Those numbers are just amazing. Now that MegaVideo is gone, some of that traffic would also be coming to YouTube.

Youtube is one of the most popular websites on the web, and it does lot of things right. However, there are some things I hope YouTube did better.

1. Give an Option for “Next Video”

Most of the times I go to YouTube, it is to see some show that I might have missed. Recently I was flocking it to watch Golden Globes Awards. Most of such videos are broken down into several parts, and this is where my pain area starts. When I finish watching one part, there is no option for me to see which is the next part of the video. The guys who upload videos do a good job at naming videos, and I am most of the times able to make out the next part from the name. But sometimes lot of videos are uploaded for same show (like, was the case with Golden Globe), and everyone follows same convention. So, sometimes it becomes difficult just figuring out next part of the video.

So, my first wish is that YouTube provided an option somewhere called “Next Video”. The guys who upload video could use this option to specify which is the next video after this. That would have made things a lot simpler.

(I realize that this information can be added in “description”, but there needs to be standardized way for it that everyone can know about).

I would even go ahead and call this a bug. If the headlines for videos are really long, YouTube doesn’t wraps them. That means I am not even able to sometime see what the complete video title is. See this screenshot:

So, my second wish from YouTube is to wrap the video titles so that I can easily see what is the complete title (and do not have to mouse over each of them just to read the title).

3. Give me a Decent Video Creation Software

I am sometimes surprised by the fact that YouTube does not provides any desktop software to create videos. It does features some tools that you can use to create and edit videos, but most of them are online. I really wish it provides something that makes it easy for me to record my screencasts or webcam videos. After recording the software should have built-in editing features, built-in features to add description and annotations. And most importantly, it should have an integrated YouTube uploader that could easily upload my videos in the background. In case internet connection breaks in between, it should have an option to resume upload.

So, my third wish from YouTube is to provide some native desktop video creation software.

4. Video Suggestions at End of Video

This is something that Youtube earlier did right, and has now messed it up. When a video ends, Youtube shows suggests in the video pane. Earlier it used to show 4 suggestions at a time, with the complete title of the videos. That was a really simple and usable approach. In the stroke of genius, Youtube took that away. Instead, Youtube shows a tile of photos which do not have title on them. Somehow from a single picture of the video I am supposed to interpret what the video is about?? 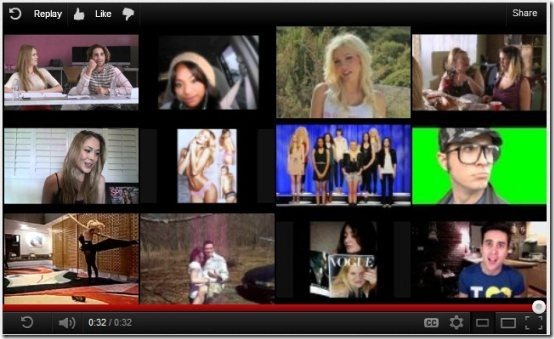 So, my fourth wish from Youtube is to get the old approach back, and take away this new overwhelming tile of photos.

This is my last wish from Youtube: provide some option of live webcasting. I could use it for online broadcasting, for having live interviews, for conducting online meetings, and lot more. I understand that it might be quite complicated to implement, so I mentioned this as last one. But if Youtube does implements it, boy, it would be so cool.

So, here are my 5 wishes from Youtube that I hope Santa (Google) listens to, and decides to implement.