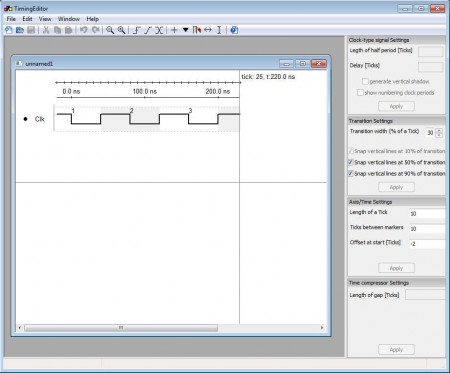 What you see above is TimingEditor with a default time diagram opened. This is just an example which you will get after you select File >> New, a great way to learn how to create a timing diagram is by studying this example, add to it, play around and see how exactly you can create something concrete. Diagrams are created with the help of three main elements:

Each one of these elements can be edited, various different values can be given to them which will ultimately create timing diagrams which are more according to your needs.

Like we already mentioned, TimingEditior is an UML application. UML, which stands for Unified Modeling Language which is a descriptive language which is used in order to describe how a certain event, action or process will develop over a specific course of time. Flowcharts are also used in UML, flowchart diagrams to be more precise. 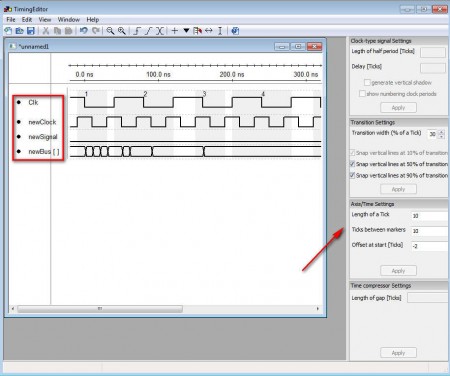 Aforementioned three elements can be seen on the image above. They work in sync, and you can have several of them running alongside each other. They are added to the diagram with the icons which can be seen in the main toolbar just over the area where diagram is placed. You can select each one of the elements and then the options on the right will become available: 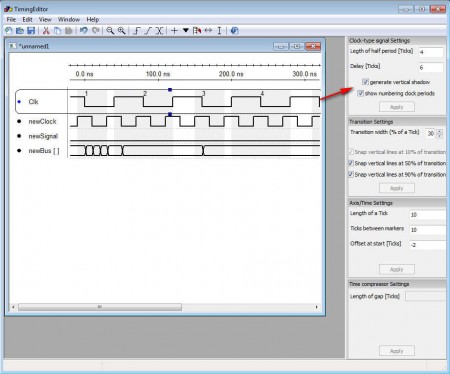 There you can change various settings like the time interval duration or exact moments at which the designated effect will appear on the time diagram.

Time diagrams are used in science where it’s necessary to create trustworthy deployment diagrams of various different aspect of experiments. Certain phenomena occurrence patterns can be easily tracked if you place them all in time diagrams. With the Bus element, which you can see above, the lowest one called newBus, it’s possible to create small blips which could indicate time intervals in which something happened. That’s the main purpose of time diagrams, we mentioned science, pretty much everyone who needs to chart time can use TimingEditor, free time diagram creator. Created diagrams can be exported as: