Run Bart Run!! is a Windows 8 Simpsons Game. In this game, you have to play as Bart, Homer’s son, who is on an escape from his principal, Principal Skinner. Bart is once again on his skateboard, and has created some chaos. Help Bart escape Principal Skinner in this funny game.

The game has various levels with many power ups. Be aware that you have only three lives in the beginning, though, you can gain lives later in the game. You would be scored according to time you survived. There are also traps and obstacles present in the game, which you have to avoid.

Play through this nice and funny game, having easy controls. Run Bart Run!! is freely available in the Windows Store in the Games category. 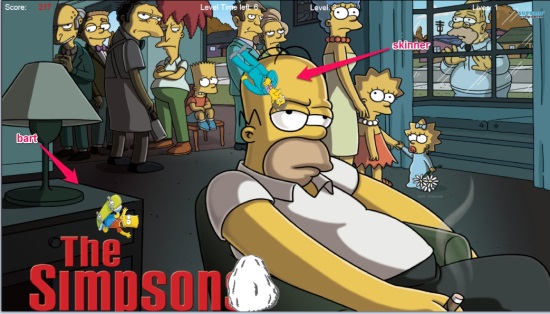 The best thing about the game is its weightlessness. As you launch it, there would be a simple black screen shown to you. The instructions for the game would be displayed there, and only the button to start the game, would be present. That’s it! no extra things like settings.

Just click on the play button to start playing. As you begin the game, Bart and Principal Skinner would be shown on the screen. You have to control Bart such that he is not grabbed by Principal Skinner, and is not trashed again because of his nuisance.

Let me tell you more about the game:

GamePlay of Simpsons Game for Windows 8:

As you begin the game, principal and Bart will move by themselves. You have to control Bart by using arrow buttons or arrow clicks.In the beginning of the game, you would be given three lives.

As you begin the game, a timer will also start. In order to get to the next level, you have to survive against Principal Skinner until timer reaches Zero. One single impact of Skinner will result in a life being lost. 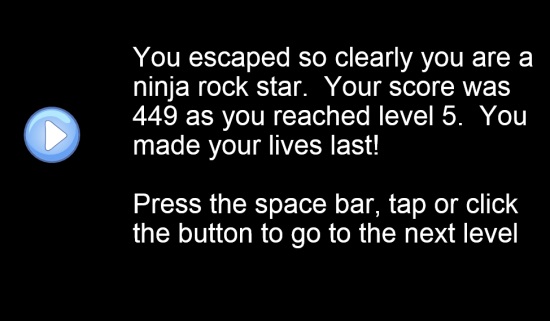 In the next levels, the game will be slightly more complex with more difficulties and power ups. Lives would also be present somewhere, and you have to grab them to gain them. Be aware! as traps will also appear later on. 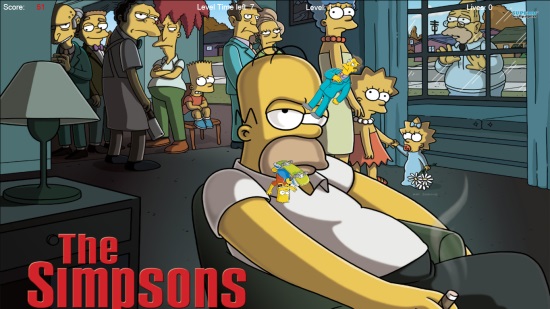 According to my experience with it, Run Bart Run!! is a nice Windows 8 Simpsons Game, with nice game play and easy controls. Give it a try for sure.