This tutorial explains how to specify maximum physical memory to be used in Windows 10. Being a well-rounded modern OS meant to satisfy even the most demanding of tasks, Windows 10 packs in a near infinite number of features. And while most of the features are instantly noticeable, there are some that are a bit more subtle and thus, can easily go un-noticed unless you look deep enough. That’s the reason you can find something unique in pretty much every corner of Microsoft’s newest Operating System.

Now, we all know that memory management is one of the core system functions performed by an Operating System. And by default, the computer uses the entire physical memory that’s installed in it. But what if I were to tell you, that you can make the PC use only a fraction of the actual physical memory that it has?

How To Specify Maximum Physical Memory To Be Used In Windows 10?

Note: Although it’s easy to set the maximum physical memory to be used by the OS, it can’t (obviously) be more than the actual physical memory installed on the system. In addition to that, it’s important to note that this is an advanced process, primarily meant for low memory simulation and debugging processes only. So make sure you know what you’re doing, or things might go south.

The following step by step walkthrough illustrates how to set the maximum physical memory to be used by the system. Read on folks:

Step 1: At the Run prompt, type in msconfig, and press Enter to launch the System Configuration utility. 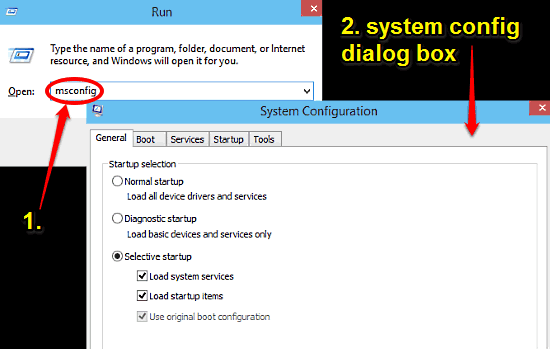 Step 2: Now click on the Boot tab, and then click on the Advanced options button. As you do that, another dialog box will pop up. Click the checkbox against the Maximum memory option and use the text field just below that to specify the maximum memory (in MB) to be used by the system. You might need to restart the computer for the changes to take effect. Here’s a screenshot: 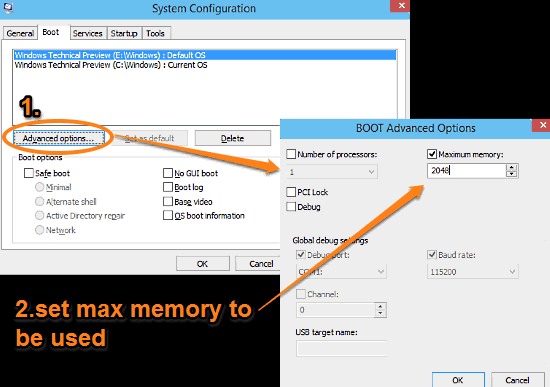 That’s it. From now on, Windows will always keep the physical memory utilization within the limit that you’ve specified. Simple, right?

The ability to specify the maximum physical memory to be used by the system is an important feature. It can come in really handy for troubleshooting purposes, and for simulating the effects of low memory on overall system performance. Check it out, and let me know your thoughts in the comments below.