This app lets you experience the exact tool like on Android P, which can help you edit the screenshots you take on your phone. You can use this tool to crop the screenshots as well as annotate with ease. It is also pretty intuitive than that of the other third-party screenshot apps for Android. 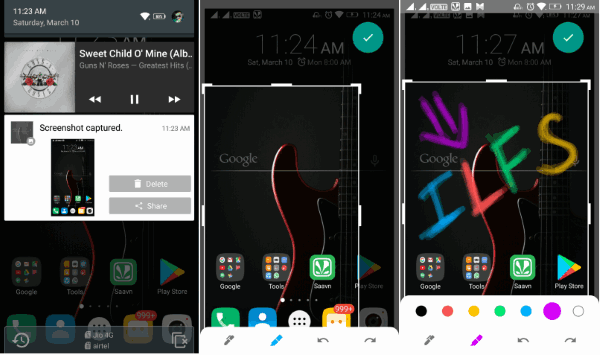 How to Get Screenshot Editing Tool of Android P on any Android Phone:

Step 1: To get started, you would need to first download and install the Markup app on your Android phone. This app is not available in the Google Play Store, but you can get it from XDA Forums. The download link is available at the bottom of this tutorial.

Step 2: Now, to use this Android P’s screenshot editing tool, you would need to take a screenshot as you normally do on your phone. Most of the Android phone lets you take a screenshot by pressing the “Power Key + Volume Down Key” together. If your phone has different option to take screenshots, then use that instead.

Step 3: After you take a screenshot, you will see a notification for the screenshot taken by expanding the notification tray. With that, you will also see a “Share” button which you need to tap to proceed. Now, you can see the “Markup” app in the list and then select it. 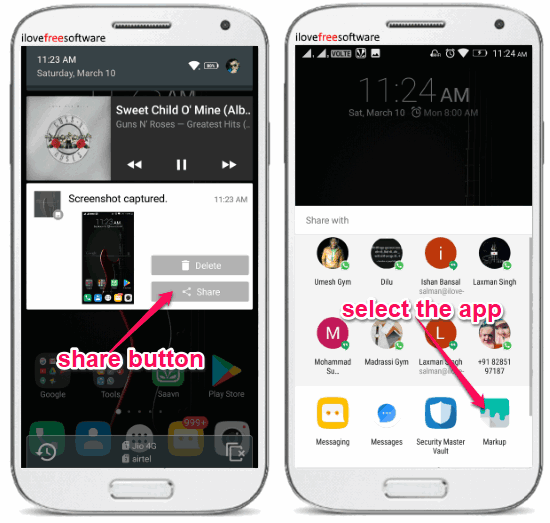 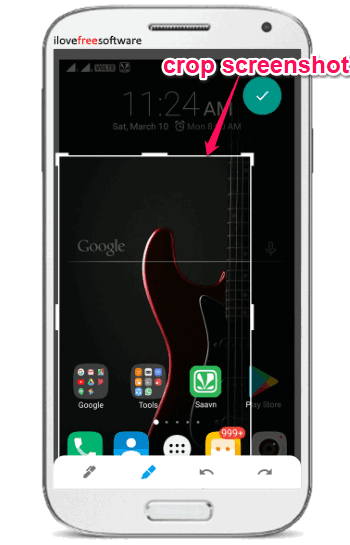 Step 5: If you all want to annotate on the screenshot, then you can use the pencil and brush visible at the bottom of the screenshot editor. After selecting any of these drawing tools, you can start annotating on the image. You can also change the ink color to red, blue, green, etc. When you have done that, click on the “Tick” icon to save the screenshot. 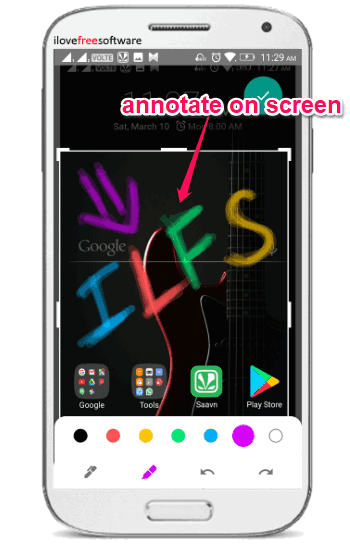 At the bottom, you will also find the option to undo and redo the edits you have made to the screenshot.

So, this is how you can get the new Android P’s screenshot editing tools on any Android phone. If you want to enjoy any of the new features added by Google on their new OS “Android P”, then start by using this simple screenshot editor. It makes cropping and adding annotations to the screenshots a breeze for you.

Get “Markup” from here.