Here’s a list of 5 YouTube video pop up extensions for Chrome. What these extensions do is pretty much self-explanatory. They will take the YouTube video out of Chrome and put it in a pop out window so that you can have it running besides Chrome while browsing other websites. This can be useful when watching a podcast, play music videos or something else along these lines. These extensions can be added to your Chrome browser easily.

Let’s see how exactly it is that these extensions work. 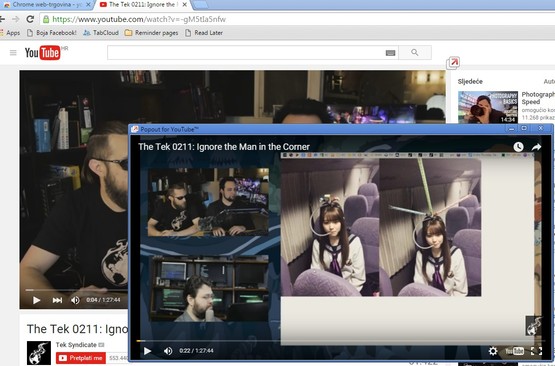 Popout for YouTube™ adds a button to the top right corner of the video player on YouTube. Left click on that button will open the video in a standalone resizeable window.

Video size changes as you change the size of the window. This means that you can have a very small video window playing on smaller screen, where there’s very little room available. All the standard YouTube controls are available, and they all work just fine. 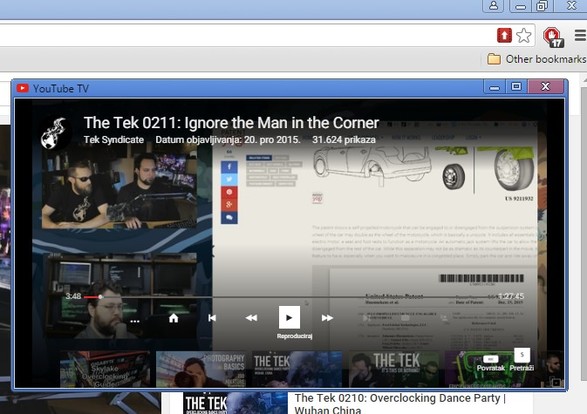 Pop-out YouTube™ Video kicks it up a notch and actually offers a custom interface in the pop up window that shows up after clicking on the address bar icon. Icon is what activates the resizable standalone window. It will appear in the address bar on YouTube video URLs.

Notice on the image above that the controls are different and there are suggestion videos down below, underneath the video player. Click on the bottom right corner search button launches another interface with a search tool, access to categories and subscriptions so you can find new videos without leaving the window. As far as YouTube video pop up extensions goes, this one is pretty much up there.

Also, have a look at 4 Voice Search Extensions For Chrome. 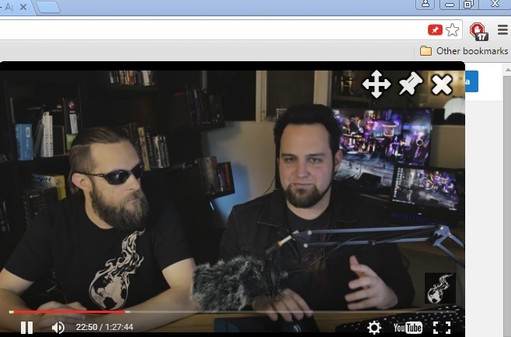 I’m mentioning Floating YouTube Extension because it has a borderless pop up window. You can see it in action on the image above.

Next to the extension, you also need to install the Floating YouTube Extension app (you’ll be asked to do this after launching the pop up window for the first time). Controls are the same like the ones offered by YouTube, there’s no special UI or anything like that. Window can be pinned, so that it stays on top of other active windows. 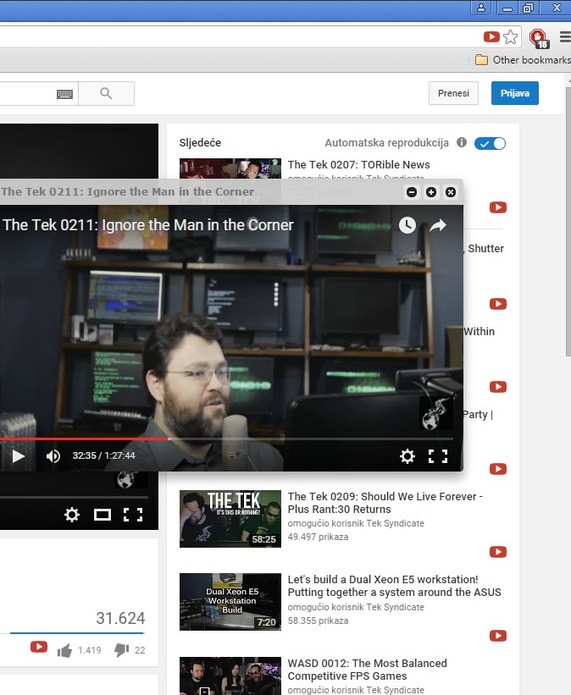 uPop is a YouTube video pop up extension for Chrome that adds a button next to each YouTube video link. Its pop-up window also has a unique minimalistic design.

Video player interface is a straight up copy from the one offered by YouTube. Notice the red YouTube icon next to each video on the image above which launches the video in a pop up window. Address bar icon for popping out the video is also added.

Also, have a look at 4 Free Chrome Extensions To Resume Videos On YouTube. 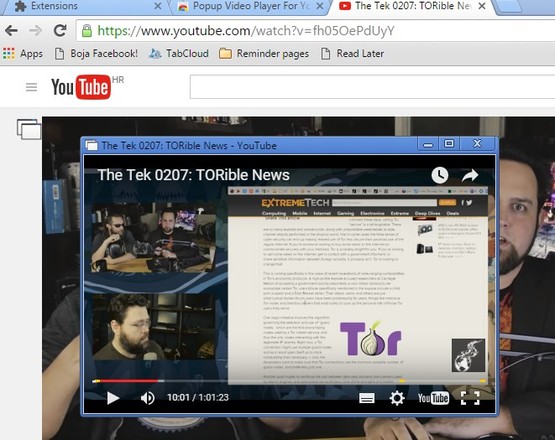 Popup Video Player For YouTube™ falls into the category of simplistic YouTube video pop up extensions. It doesn’t have a unique UI, video window or launch buttons.

Pop up button is added to the top left corner of the original YouTube video player. Click on it to launch the video in the standalone window.

Out of the 5 YouTube video pop up extensions from the list above, the ones that impressed me the most are Floating YouTube Extension and Pop-out YouTube™ Video. They are the opposite extremes. Floating YouTube Extension is so simple that it’s borderless, and Pop-out YouTube™ Video on the other hand offers a custom UI. Leave a comment and let me know which one you liked the most.