Here’s a list of 5 sniper shooting games for Android which you can use to enjoy sniper shooting on your Android tablets and/or smartphones. Playing games on Android is a great way how you can kill time in basically any situation, because we always have our phones with us. The trick to playing games is to find the ones that are fun to play.

If you’re into shooter games you’ll love the following list, where we covered what we think are most fun sniper shooting apps for Android. 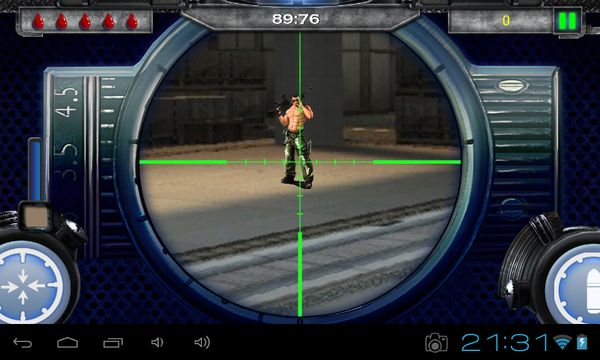 Sniper Shooter is a fun sniper shooter game where you get 4 different levels and on each of them your goal is to shoot at the bad guys using your sniper rifle.

Aiming is carried out in a very interesting way. Instead of aiming using touch, game uses g-sensors. You have to tilt your device in the direction that you want to aim. The two side buttons are for precise aiming (the one on the left) and for firing (the one on the right). 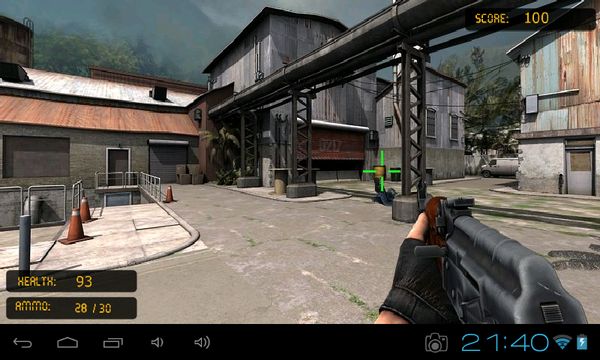 Top Sniper Shooting is a touch screen powered game, which means that all the controls require you to tap on the screen, g-sensors are not used.

Goal of the game is of course to shoot and to survive as long as possible against the horde of never ending bad guys. There’s several levels that are available, they can be selected when starting the game. To aim, simply tap on the screen in the direction of where you wanna shoot. That’s the whole point of the game, to be fast and tap on the enemies heads so that they “come to their senses”. 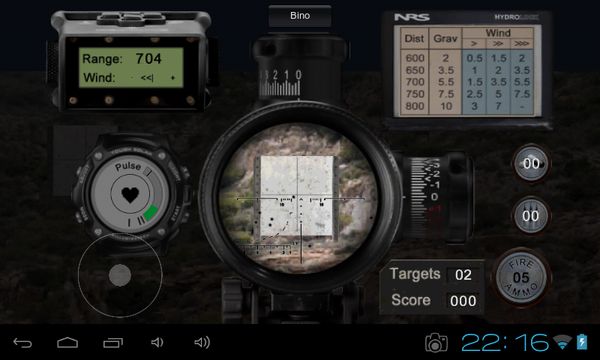 Pro Shooter is a sniper shooting game for Android that brings yet another way of how to aim and shoot.

With Pro Shooter instead of aiming using the g-sensor, or by simply tapping on the screen you need to tap and hold down the on screen aiming pad on the left. You control the aim by moving your finger across the pad. Shoot using the Fire button on the right. 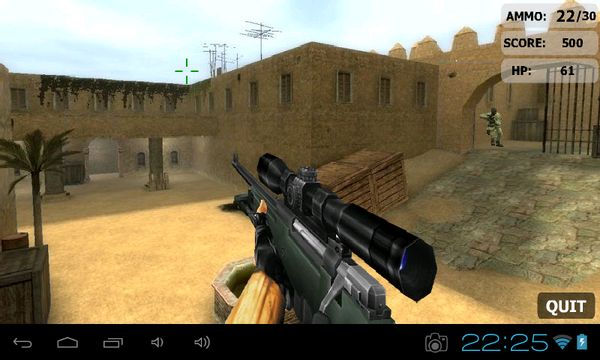 Sniper Shooting: Desert Storm is a sniper shooting app that takes place in the desert, as you probably figured out from its name.

Game is very similar to previously mentioned Top Sniper Shooter, only the gameplay is much more intense. Bad guys are appearing one after another very fast, so you have to tap on the screen fast and be precise if you want to stay alive. Aiming is done using the touch screen. Tap where you wanna shoot and that’s where the main character is gonna shoot. 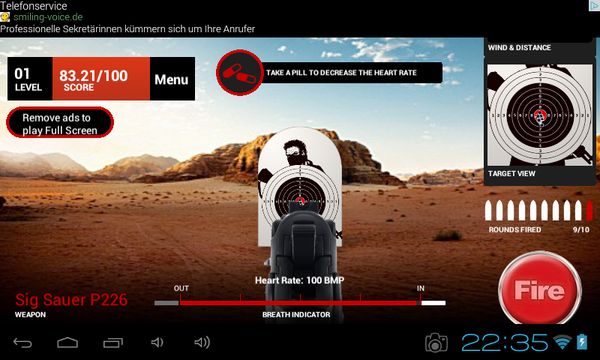 This sniper shooting game is perfect for fans of the shooting range.

You play the game by first shooting at the target that’s 5 meters away. Once you hit the bullseye with enough rounds at 5m, you can move on to the next distance. Aim by holding down a tap and moving your finger on the screen.

Get Sniper Shooter by MobileCraft.

We liked Sniper Shooter by Mobile Craft and Sniper Shooter: Desert storm the most because they are very playable and fun. Try them and let us know what you think in comments down below.