Here’s a list of 4 network meter software for Windows 10 which can be used to keep track of traffic usage and overall activity on your network. Monitoring network traffic usage, or load as it’s also called, is important for several different reasons. Two main ones would be preventing overuse of bandwidth and going over the data caps imposed by the internet service provider. Network meters are helpful in both of these situations. 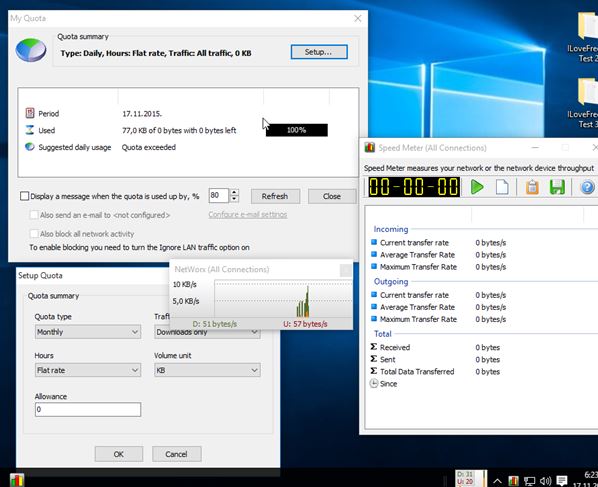 NetWorx is a feature packed network meter software which comes with the two most important functionalities that we’re after, network activity tracking and bandwidth usage tracking.

NetWorx has desktop and taskbar network activity graphs, for keeping track of network activity in real time. Supported connections include local networks, dial-up, ISDN, cable modems and more. Detailed stats can be accessed by right clicking on the system tray icon. Bandwidth usage can be saved into logs and exported as either Excel spreadsheet, MS Word document or HTML. Data usage quotas can be setup, so that the app notifies you in case you go over the allocated daily, weekly or monthly data caps. 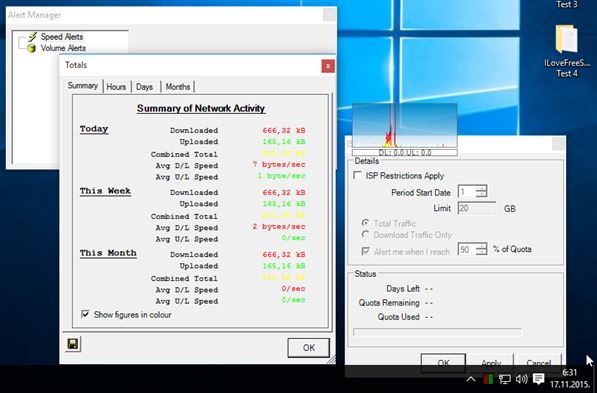 BitMeter II is a network monitor that has color coded graphs for keeping track of upload/download speed in real time. Graphs are active on the desktop as widgets basically. They can be either on top or under other windows.

Right clicking on the system tray icon gives the user access to more detailed breakdown of used up bandwidth and average upload/download speeds. Application lets you setup quotas for both speed and bandwidth usage and will activate alerts should you go over them.

Also, have a look at Free Bandwidth Monitoring Software For Windows: Freemeter. 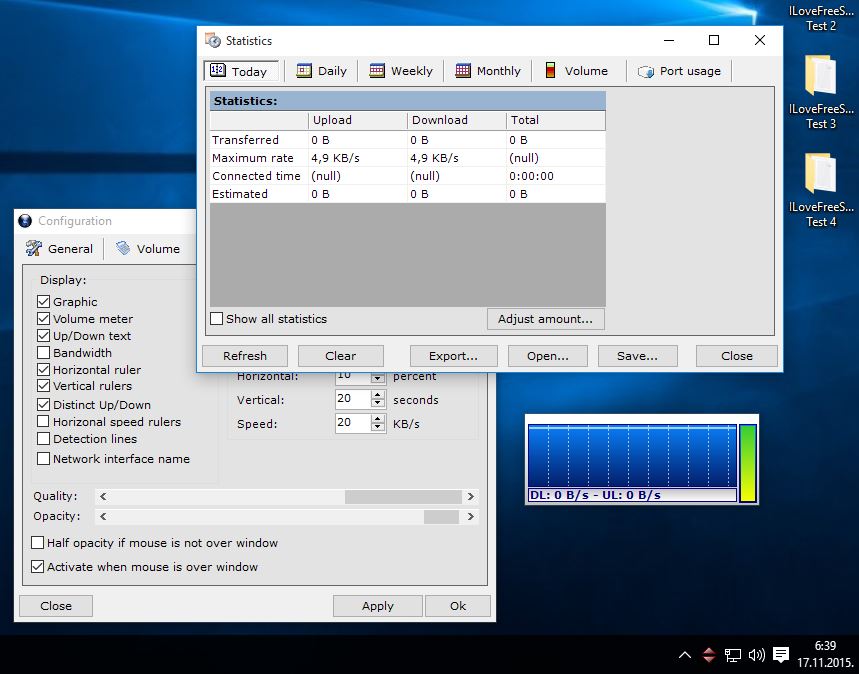 NET Traffic Meter didn’t work for me initially on my Windows 10 install, but after installing .NET v3.5 everything loaded up just fine.

This network meter software has a widget-like window for real time tracking of network activity and it also has more advanced features for keeping close tabs on the network usage, for both speed and bandwidth. Stats on usage can be generated on daily, weekly and monthly basis. 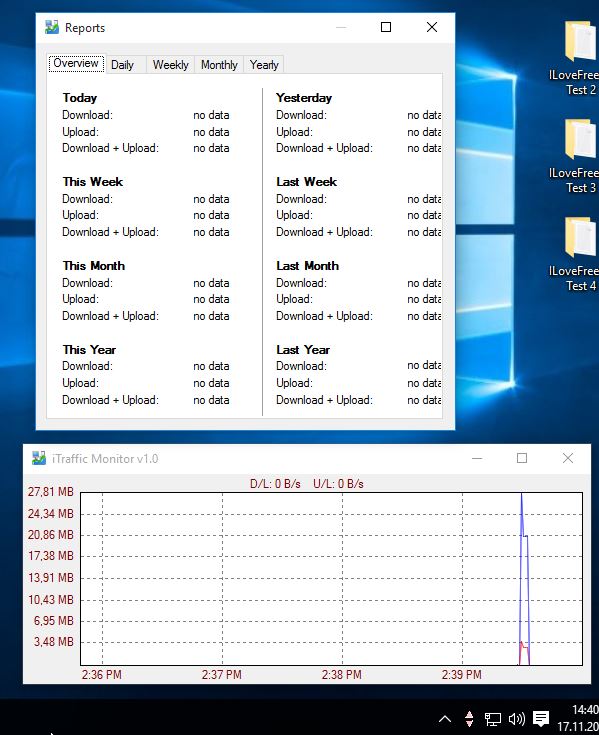 iTraffic Monitor is a slimmed down version of the previously mentioned network meter software. You can see what I mean by that on the image down below.

It doesn’t have as many windows and options, but it still has everything that we’re after, network activity monitoring with real time speed meter and bandwidth usage that lets you stay on top of your network connection. Arrows on the system tray icon light up depending on what’s active, download/upload which is pretty neat if you ask me. Note that iTraffic Monitor will report lack of support for Windows 10 after installation, but it will work just fine despite that.

Also, have a look at WirelessNetView: Free Network Monitoring Software.

All 4 of the network meter software from the list above worked great on Windows 10, despite slight problems during setup with iTraffic Monitor and NET Trafic Meter. I like the simplicity of iTraffic Monitor, so give it a try if you don’t need something overly advanced. NetWorx is for those that want more features, because it certainly has a lot to offer.