Let’s see what we found for you. 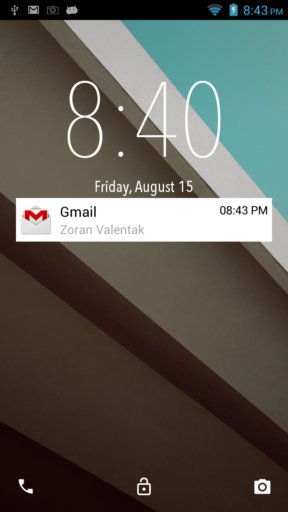 Android L LockScreen is one of the best imitations of the Android L lock screen for older versions of Android. I tested it on Android version 4.2 and everything worked great.

Lock screen shows notifications, that’s one of the bigger improvements that it gets. Secondly as you can see at the bottom of the screen, there are quick access icons for opening up camera and phone calls. Some alternative lock screens for Android have already been offering these features for quite some time, but now they’re gonna be added to Android by default. Design of the lock screen is very modern, with changeable backgrounds. This design is exactly the kind of design that you’re gonna see in the L Android that’s about to be released. So if you want to have the kind of lock screen that Android L will have, this app is your safest bet.

L Locker might even be better than the Lollipop lockscreen. Notice on the image down below that by swiping from all the way at the bottom of the screen, from the arrow that sits there, you can open up quick access toolbar and favorite apps. 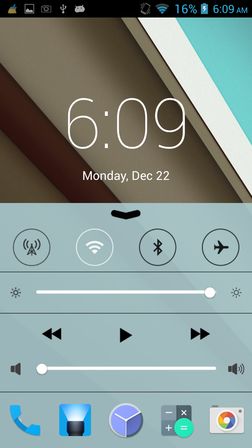 From there, you can quickly turn off wireless, bluetooth, launch applications and control music. It’s also possible to receive notification directly on the lock screen, just like you can in the actual L lock screen. For extra security, PIN pattern lock is also available. 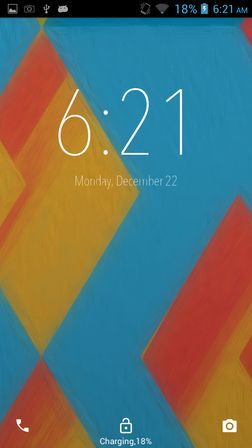 The one feature that isn’t available in Lollipop Lockscreen is the connectivity controls that can be swiped up from the bottom edge of the screen, the ones that can be found in the previously mentioned L Locker (Lollipop LockScreen). Swipe unlock right will open up the phone calls, and swipe unlock to left opens up the camera. Those are the default quick access apps that can be easily accessed from the lock screen.

All three l lock screen apps are great in my opinion. Android L LockScreen has a slight advantage because it closely resembles the Android L lock screen, but you can’t go wrong with either one from the list above. Try them all and let us know what you think in comments down below.