Here are some best free software to launch your desktop like an iPad. Actually, these software are iPad like launchers that let you organize icons of application that you want to launch. You can set a hotkey to bring the launcher interface and there are some options that you can customize, such as, background image, icon size, font, etc. And in some of them you can even password protect the launcher. These launchers have look and feel like that of iPad launchers. So, using them make you feel like you are using iPad on PC (almost).

These launchers also support the standard icons to assign to some of your applications. But, do note that, these launchers are different from Windows themes. They do not change any themes or Windows settings, they just add a launcher that you can invoke using a hotkey. You can think of them as replacement of Windows Start menu. And in this article, I will talk about 3 such software that can do this. 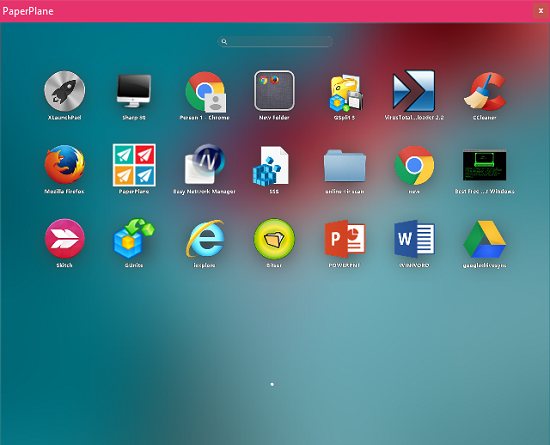 There are already some launchers available for Windows and Windows 10, but most of them don’t have an interface like iPad. And the software that I am going to talk about have iPad like interface. So, let’s have a look on these free software to launch your desktop like an iPad.

Paper Plane is one of the best free software to launch your desktop like an iPad. It adds an intuitive launcher to Windows that you can easily invoke using a hotkey, set by you. You can drag and drop various application in it that you often use, and then launch them. Paper plain launcher is a customizable launcher. You can set a background image, change font style, icons and you can edit the names of the applications that you add in it. 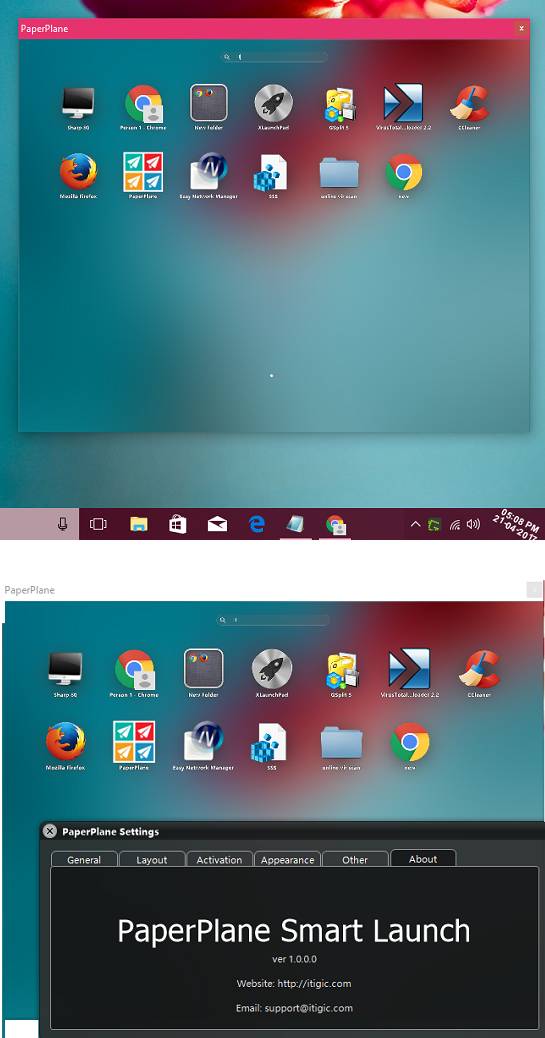 It’s pretty easy to use Paper Plane launcher. Just grab the setup file of Paper Plane from the above link and then launch it. The launcher’s interface will pop up and you will easily figure out how to use this. Just right-click on a space and then you will see various options there to add applications, links, and folders to pin in the launcher. Next, you can open the settings of the Paper Plane to customize various things, such as background image, icon size, number of icons in each row, etc. After you have done configuring it, then you can do whatever you want.

XLaunchpad is a free software to launch your desktop like an iPad. The software adds a iPad style launcher that you can invoke using F12 key. It shows some system applications already in it such as My Documents, Control Panel, Recycle Bin, etc. You can add any application in it by drag and drop method and you can also add a file in the launcher. The icon, font, name,etc like parameters of applications can be customized and also you can assign an argument to the application’s name. 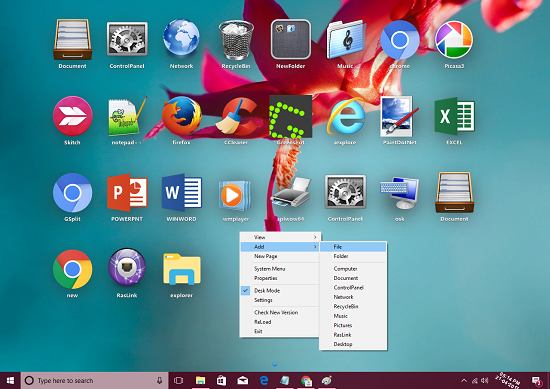 It’s pretty easy to get started with XLaunchpad. Just download it from the above link and then launch it. After running it, it will place its icon in the system tray. After that, you can use the launcher of XLaunchpad by pressing the F12 key. The launcher will pop up and then you can see some icons of the system applications there, and you can also add your own applications such as MS Word, Paint, Music, etc. You can either use drag and drop methods to add applications, or you can right-click on an empty area and then choose Add menu to add applications by locating the path. The launcher support pages, so if you want to add a lot of applications, then you can do that.

WinLaunch is a very goo d software to launch your desktop like an iPad. It is a light weight software that keeps running in the system background. You can add many of your applications in the launcher using the drop down or by locating them. The software supports creating group of applications in folders that you often see in your phone’s launcher. And you can also rename the folder and also assign an icon to it. 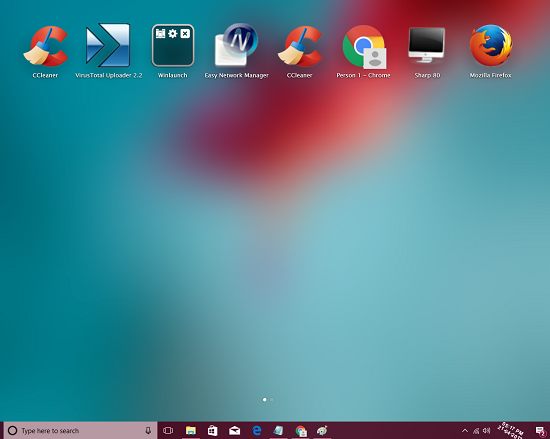 Just like above software, it is very easy to get started with WinLaunch. Just download its setup from the above link and then install it on your PC. After that, launch it and the launcher will open up. By default, the launcher invokes using the Shift+Tab hotkey but you can also assign a desired hotkey to launch the software. After you have launched it, you can start adding your application to it by drag and drop method. You can also use the drag and drop method in the launcher’s interface to make application groups. Once done, you can always launch the launcher using the hotkey and do whatever you want.

These were some pretty cool software to launch desktop like an iPad. All of these software can easily launch any application that you add in them. And what I really like about these free software is that, you can easily customize various aspects of the launchers, such as background image, icon size, name of the application, etc. So, if you want to get a break from traditional Windows Start menu, then you may try these software. All of them worked fine for me.