I’ve said it countless times before, and I’m saying it again. Windows 10, in my opinion, is the most important and most heavily feature loaded iteration of Windows to ever grace computers (and a multitude of other devices) all across the globe. I mean, you could keep on exploring it for days, and still have much left to look into. From eye-candy UI overhauls to performance enhancements for the most demanding of power users, Windows 10 has got it all.

However, that’s not the end of the story. In addition to all the fancy bells and whistles, Windows 10 has a ton of features that make it one of the most user-friendly Windows releases ever. A particular example is the unified start screen/menu, which makes starting programs a cakewalk, whether you prefer launching them from the All Programs list, or from their pinned live tiles. But that being said, I’m sure there are a number of you keyboard ninjas out there, who prefer launching programs even faster, clickety clacking on keyboards all the way. If you belong to that group, then you, my friend, need an application launcher. But with so many of them out there, it can get confusing finding the application launcher(s) that work best for firing up applications on your Windows 10 PC.

Not to worry, as that’s exactly what this write-up is going to clear up for you. Getting impatient to jump in already? Move over to the other side of the break, as we find out more about the 5 best application launchers for Windows 10.

For an application that measures in at just about 1 MB and is portable as well, Executor packs in a whole lot of punch. The simple application launcher for Windows 10 silently sits in the system tray, waiting to be invoked, while utilizing next to none system resources. When launched for the first time, Executor indexes all of the programs that you’ve installed, along with a ton of other information, such as menu entries, list of recently accessed items, and much more. To use the application, simply bring it to focus using the specified hotkey, start typing the program’s name, and Executor will find it for you, suggesting drop down matches as it does.

You can also associate keywords with specific applications, so that you don’t have to key in their complete names to find them. Aside from regular programs and system items, Executor works equally well with URLs as well. Simply type a URL, hit Enter, and this thing will open up the link in your default browser. There is a bunch of other options as well, such as the ability to organize keywords into groups, and customizable layouts/skins. 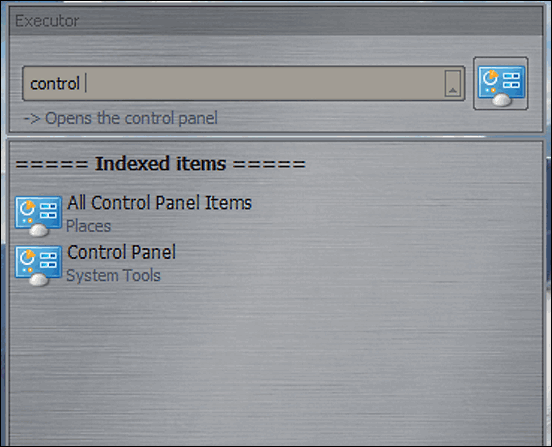 If you’re looking for an application launcher for Windows 10 that just works, without requiring you to jump through a bunch of hoops to set it up, Launchy is exactly what you need. It can be installed either as a regular program, or as a portable application. And it’s ready to go the moment you launch (pun-intended). Launchy features a bare bones UI, having nothing but a simple text entry box and a small square over it. All you have to do is start typing the name of the program that you want to find, and Launchy will take care of the rest, suggesting matches at rocket fast speeds. And it doesn’t just detect installed programs. Whether it’s an old file stored inside multiple folders and sub-folders, a document that you accessed hours ago, or just about anything else, Launchy will find it for you. The square at the top displays the icon of the matching program/file. Launchy can be customized with skins and plug-ins as well. 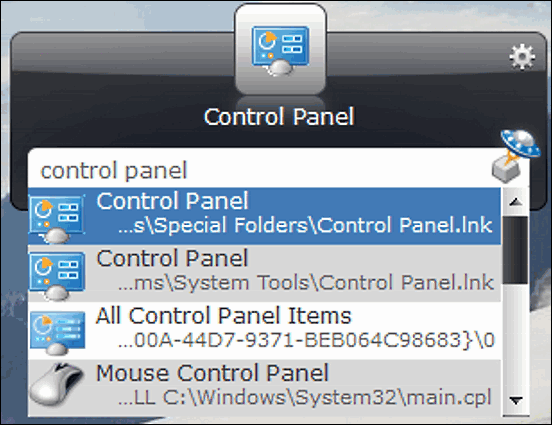 Wanna know how powerful a simple text entry box can be? Take a look at InerziaSmartLaunch, and you’ll have your answer. This application launcher for Windows 10 is as simple as you can expect it to be, having nothing more than, yeah you guessed that right, a simple text entry box. But don’t let the minimalism fool you. This thing is incredibly powerful. Start typing the name of any application, recent document, folder (system or any other), or anything else, and InerziaSmartLaunch will start suggesting the matching entries in its already indexed database. From there, it’s as simple as selecting the correct match and hitting the Enter key to launch the application. One of the highlight features of InerziaSmartLaunch is that you can associate keywords with programs, and a keyword can be as short as a single character. That way, you don’t even have to search for the application by its name. Simply type in the associated keyword, and start the program.

Just like Launchy, Keybreeze can also be installed both as a regular program, or as a portable application. However, whichever way you choose to install it, Keybreeze is bound to make launching programs, as its name suggests, a breeze for you. Like almost all other applications on the list, Keybreeze also features just a simple text entry box, as far as “user interface” is concerned. When the launched for the first time after installation, Keybreeze asks you to configure a hotkey combination to bring it to focus. Do that, and it’s ready to fully take over the application launching duties. Keybreeze can open files, folders, and even websites. Apart from that, you can use it to directly search websites (you can specify a default search engine as well) and paste custom text into text fields. It includes a couple of skins as well, for those who like to customize everything. 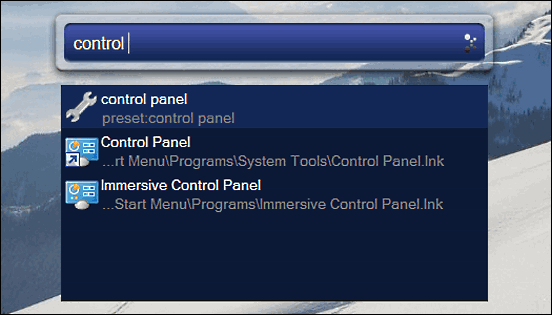 Rounding off the list is Appetizer, an open source program launcher for Windows 10 that’s sure to satiate your appetite for having your favorite programs up and running in no time. Appetizer is pretty lightweight, and like most other contenders on this list, can be installed as either a regular application, or a portable one. When run for the first time, Appetizer asks you to import the list of programs. You can choose either the programs in the start menu, quick launch area, or a custom location of your choice. However, it’s basic functioning is different from all the other programs on the list. That’s because unlike other launchers, that require you to start typing the name of an application so that it can be found, Appetizer lets you create a whole bunch of icon-based shortcuts, that can be conveniently accessed from its interface to launch the applications that they point to. Thus, it can come in really handy if all you need are shortcuts, and don’t want to bother with typing the names of programs one after the another. Being open source, Appetizer can be extended via plug-ins as well.

Being the incredibly fast and user friendly Operating System that it is, Windows 10 makes it super easy to access your favorite programs in a bunch of clicks. And with features like live tiles, things get even better. However, for those of you that just don’t like the way things are, and would rather type away their way to their favorite applications, the above discussed application launchers for Windows 10 should come in really handy. Try them out, and let me know your thoughts in the comments below.