This tutorial explains how to delete tweets saved in drafts on Android. We all know that the official Twitter app for Android provides us with a lot of good features and one of those features is the ability to save the tweets as drafts. It is a really good feature which helps you save tweets for posting them later. Although, it might happen that at some point of time, you might feel that the saved tweet isn’t valuable anymore or the time to post the tweet has passed. In that case, you would like to delete the tweets saved in drafts. But many of us aren’t aware of the method to do so because Twitter doesn’t provide any specific option like Delete/Remove Draft or something like that.

So, here is a tutorial following which you will be able to delete tweets saved in drafts on Android. Let’s see how.

Steps to Delete Tweets Saved in Drafts on Android: 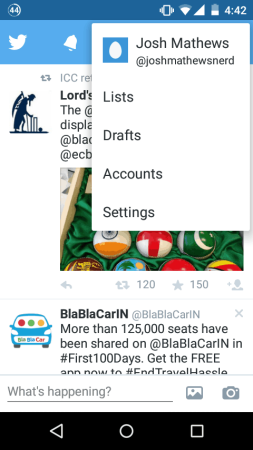 Step 2:  It will show you the list of all the tweets saved in draft. 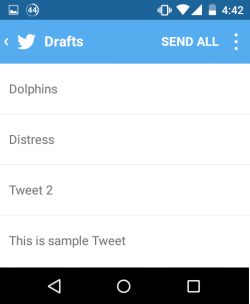 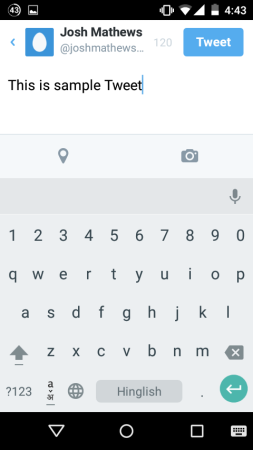 Step 4: From here, tap on the back softkey (generally on the left side) of your smartphone to get the pop-up shown below. In the pop-up, tap on the Discard option and that tweet will be removed from the drafts. 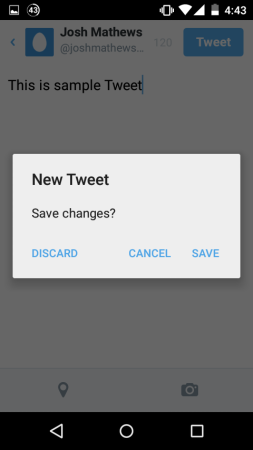 Step 5: If you want to cross-check, you can go back to Drafts option to see that tweet has been deleted. 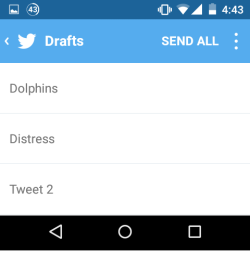 So this way, you can easily delete tweets saved in drafts Android. If you have multiple tweets in drafts, then you will have to follow the steps for each of them because, unfortunately, there’s no way of multi-select or select all to delete all of them at once. If you face any problems in following, then don’t hesitate in getting in touch with me using the comments section below.