Being the latest and arguably the best Windows version till date, Windows 10 is chock full of all kinds of advanced features. And one of them is Speech Recognition. It lets you do a whole lot of stuff (e.g. opening applications) on your computer by just speaking voice commands, and is pretty fun too. However, speech recognition generally requires you to speak in an accent that’s native to the selected system language. And for obvious reasons, not everyone can do that. Major drag, right?

How To Improve Speech Recognition With Non-native Accents In Windows 10?

In essence, making Windows 10’s built-in speech recognition functionality work even better with non-native accents is extremely simple. However, as of now, only one language, namely English (United States) is supported. That being said, here’s how to do it, via a step by step tutorial:

Step 1: As is the case with most other system tweaks, this also requires you to dive in to the modern Settings app. So launch it, and click the System sub-category. 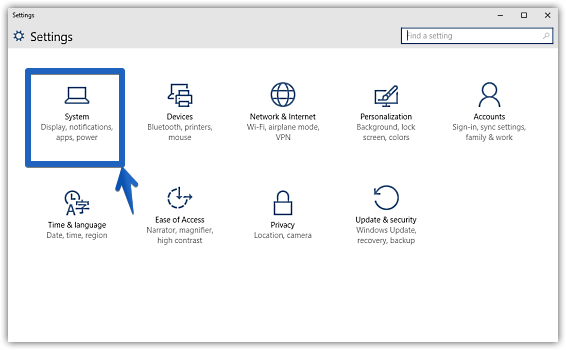 Step 2: From the options presented on the left, click on Speech, and jump to the right pane. Now, under the Speech language sub-section, click the checkbox against the Recognize non-native accents for this language option. Check out the screenshot below: 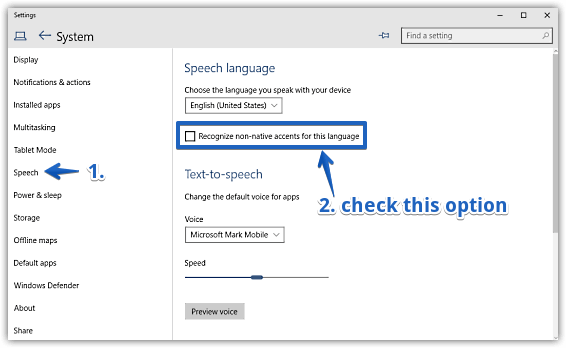 And that’s all you have to do. Going forward, you should see a significant improvement in Windows 10’s speech recognition functionality, even if you speak in a non-native accent. Pretty awesome, don’t you think?

Check Out: How To Disable Calendar Access By Apps In Windows 10

The speech recognition functionality of Windows 10 is incredibly powerful, and lets you do a lot of stuff by just speaking to the computer. And the fact that it can work fine with non-native accents makes it even more awesome. Try it out, you’ll be glad you did.