Here’s a list of 5 traffic racing games for Android which are a great way how you can have fun by putting your reflexes to the test. Traffic racing games are, if you haven’t heard of them, games where you drive a car on highways riddled with other cars. Your goal is to cross as many miles as humanly possible without hitting other cars. You can see how such a setting would be more demanding than relative emptiness of racing tracks.

Lets see what kind of games are available. 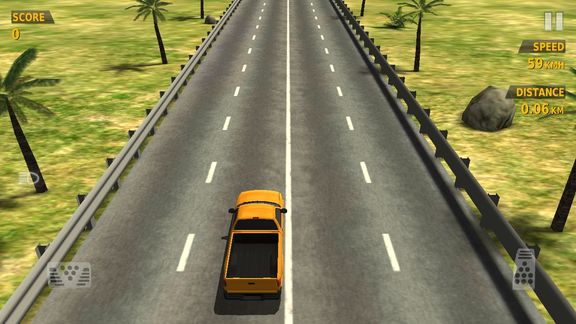 Traffic Racer is a traffic racing game for Android which comes packed with 33 cars, 5 tracks and 5 game modes. 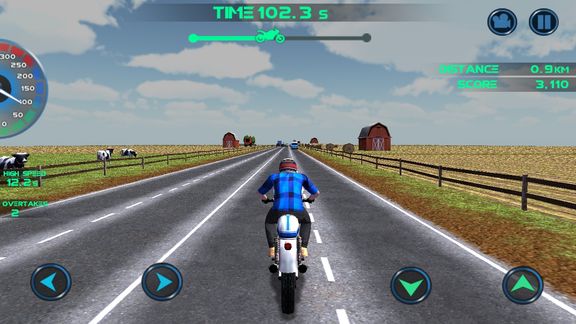 Moto Traffic Race changes cars with motorbikes and lets the user race down busy highways using bikes instead of cars.

Gameplay is pretty similar to that of Traffic Racer. Either device tilt or on-screen controls can be used to control the bike. Two modes of play are available, endless one-way or endless two-way (includes 2-way traffic). 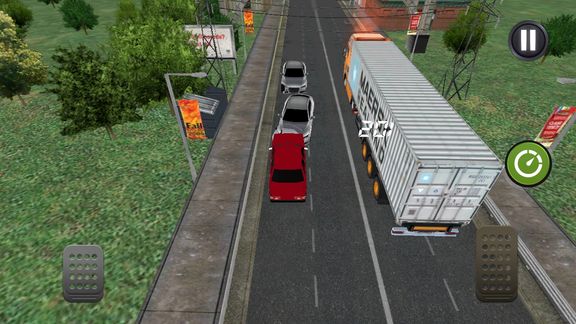 It will let you hit cars to cause pile ups, and the bigger a pile up you create the more points you’ll get. Explosions are also desirable. Trucks with flammable loads are an excellent target for great fireworks, just make sure your speed is high enough to cause serious damage. 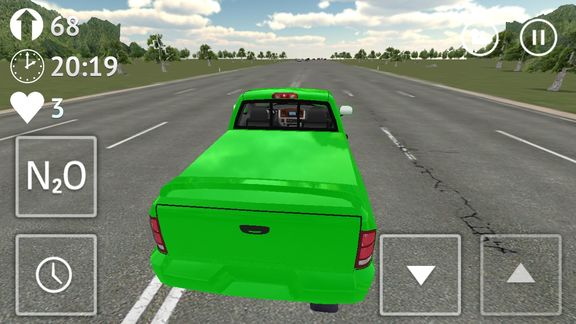 Highway Traffic Racer has the most realistic looking graphics out of all the lightweight traffic racing games that I covered. Here we’re back to avoiding collisions and getting as far as possible, as fast as possible without hitting anyone.

Game even offers manual transmission, as in you actually shift gears, which isn’t available in any of the other games I tested. All in all very fun game, although it feels like it could be polished up a bit more. 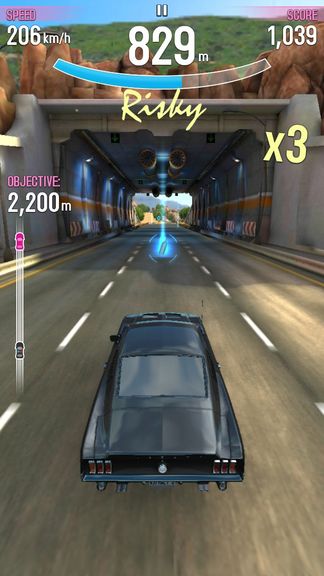 You could say that I saved the best for last. Asphalt Overdrive is very similar to the previously mentioned traffic racing games, only much, much more advanced.

It’s no wonder that it’s advanced seeing how the same developer that responsible for the very popular Asphalt 8 is also responsible for this game. Goal of the game is to outrun the police on the highway. Default controls use screen swipes to jump between highway lanes. Graphics are very good looking, but note that this means that the game requires a lot of storage space, (over 200MB) and never hardware to run properly.