Here’s a list of 5 minimalistic music player software for Windows 10 which are small, lightweight and don’t take up a lot of resources. Windows 10 is an operating system that runs on a whole range of devices. Some of those devices are tablets that don’t have the best CPUs and 32GB of RAM, so one needs to be careful what kind of software is used. Following music players are perfect for devices like tablets, netbooks and even lower spec notebooks. 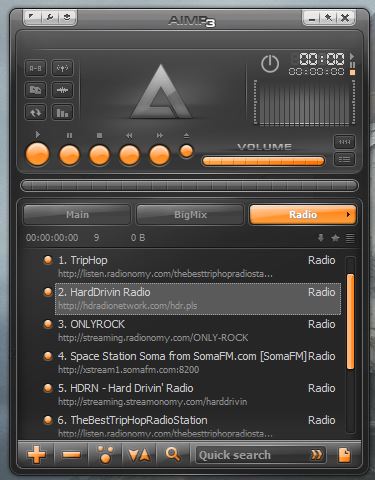 I’ll start the list with AIMP which is a music player that I personally use. It has a lot of features that you would normally expect from a music player, but it’s all packed in an 8MB installer and around 10MBs of memory footprint when running.

Interface is also very simple. It reminds me of the now abandoned Winamp, which is probably why I use it. There’s a tabbed playlist window, equalizer window with presets, support for over 30 different formats including MP3, AAC, WMA, OGG, FLAC and more. Themes are available, customizable tray icon, notifications and much more. 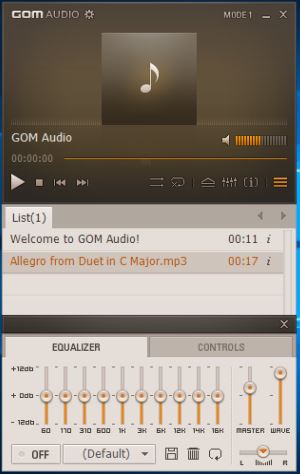 GOM Audio is another minimalistic music player software that’s very reminiscent of Winamp, at least when it comes to interface layout.

Playlist, equalizer and main playback controls are the three modules that make up GOM Audio, and all of them can be optionally turned off/on. This music player comes preloaded with internet radio stations, and has 3 different skins for customizing the appearance.

Also, have a look at GOM Audio: Beautiful Audio Player for All Audio Formats, Internet Radio. 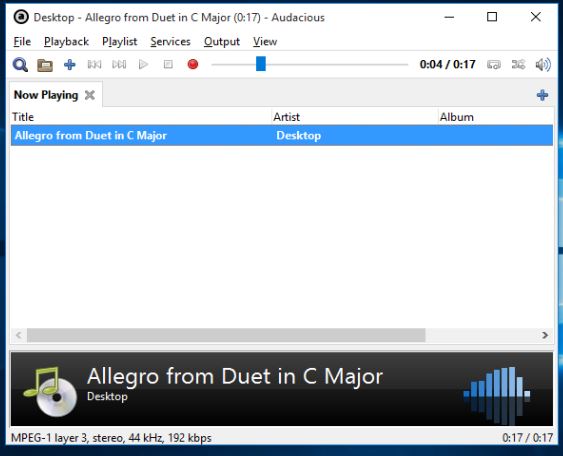 Next up is another music player that I use, except this one I use on Linux. There’s a Windows port of it, and it’s portable (although it’s a bit bulkier, 40MB).

Even though it’s big, Audacious makes up for it when it comes to memory footprint, with around 7MB or RAM usage when playing. All the common audio formats are supported, FLAC, OGG, MP3, WMA, you name it. Radio streams are playable. Interface is simplistic with tabbed playlist manager in the middle, playback controls at the top and song info down below. If you open up settings and select “Appearance” it’s possible to load up an alternative interface that’s a clone of Winamp. 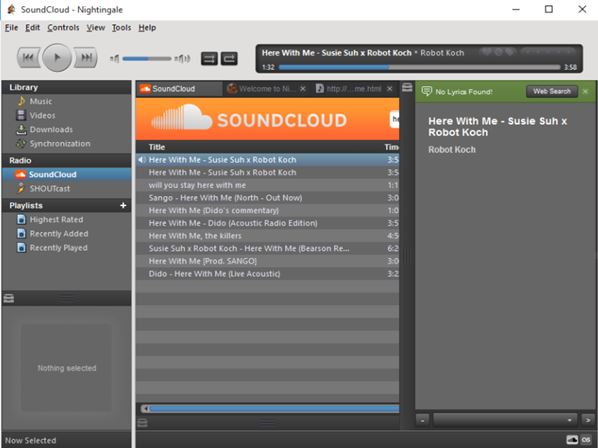 While we’re on the subject of cross-platform music player software I can’t help not to mention Nightingale.

What I’m doing on the image above with Nightingale can be considered advanced, listening to Soundcloud, but note that these are addons (for Shoutcast, Last.fm, Soundcloud, lyrics fetching), which are optional. Basic functionality of Nightingale is that of a simplistic music player with library management, ID3 tag editing, ratings, the usual. 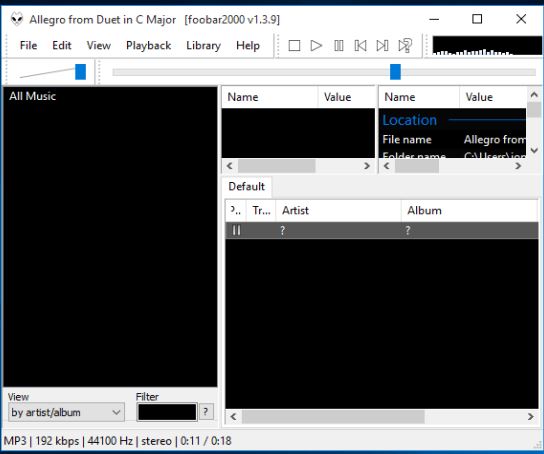 I’m going to finish up this list with something that’s native to Windows and one of the oldest music player software out there, foobar2000.

It uses even less system resources than AIMP or Audacious, although it does have a bit of a less than modern kind of feel to it, especially when compared to AIMP. Layout of the interface is configurable. It can show music library categorized on artist name, album name, list of all the songs, etc. Website has an extensive repository of components for adding functionalities.

My favorites from the list above would be in order AIMP, Audacious and foobar2000. All three of these are very minimalistic, lightweight and with simplistic interfaces. For something a bit more advanced there’s Nightingale. Let me know what you think by leaving a comment down below.