Here’s a list of 4 internet blocker apps for Android which can be used to block internet access when a certain app is launched or in general to just shutdown internet access completely. Some of the apps that I tested include features like turning off internet (both Wifi and 3G/4G) upon starting a particular app, or alternatively there are apps that you can use to PIN protect internet access, so that without a PIN, nobody can connect to the internet. Let’s see what it is that Play Store has to offer. 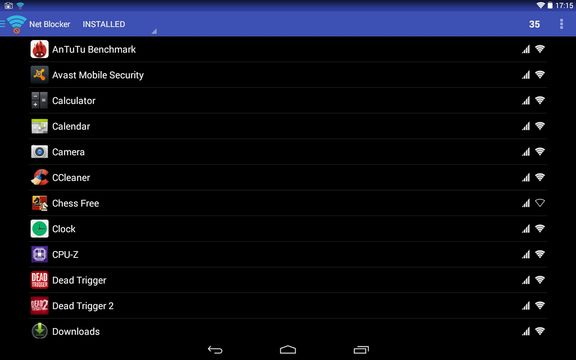 After running Net Blocker you’re going to see a list of all the installed apps. Next to each app on the list there are two icons on the right, indicating current internet access permissions for that particular app. One icon is for wireless and the other is for data connections, they can be blocked separately. After blocking internet access for a certain app, after launching said app, the selected connection type is shutdown until the app is closed.

Internet Lock Lite blocks internet by protecting it with a PIN. Instead of allowing you to set per app internet access blocks, here internet can be completely blocked and access to it protected with a PIN. 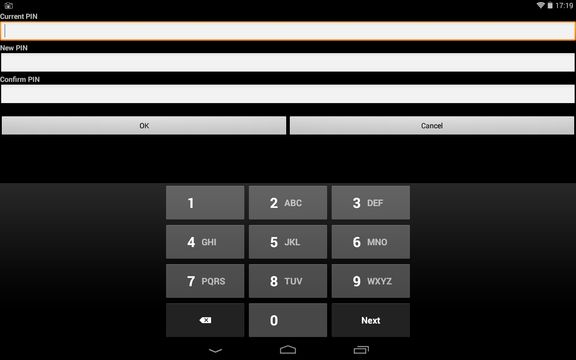 Separate blocks can be set for Mobile data internet and Wifi, or you can block both of them at the same time. After running the app for the first time, you’re going to be asked to setup a PIN. With the PIN setup, you’ll be able to load up the app control panel and turn on protection. Once the protection is active, internet access is blocked and you can only activate it again once you type in the PIN.

Also have a look at How to Block Programs from Accessing Internet.

Internet Lock by VPDevelopers works a bit differently from the previously mentioned internet blocker apps, although it has a lot of similarities with internet Lock Lite. 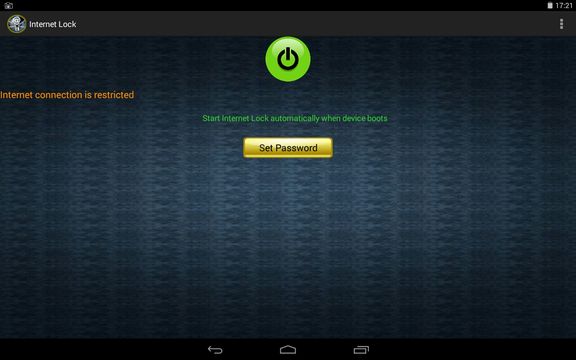 Here you can also block internet access entirely by setting up an access PIN. What’s different is that here you setup a PIN for accessing the application only. Once you setup the PIN and run the application, you should see options for blocking either Wifi or data connections, or both at the same time. Once you block a certain connection type what Internet Lock is going to do is a complete block of the selected connection type or types. For example, if Wifi is blocked and someone turns it on, it will automatically turn off, until the wifi block is lifted from within the app (for which a PIN is needed).

Get Internet Lock by VPDevelopers.

WiFi / Data Lock is in lots of ways very similar to Internet Lock by VPDevelopers. It lets you setup PIN protected Wifi or data connection. 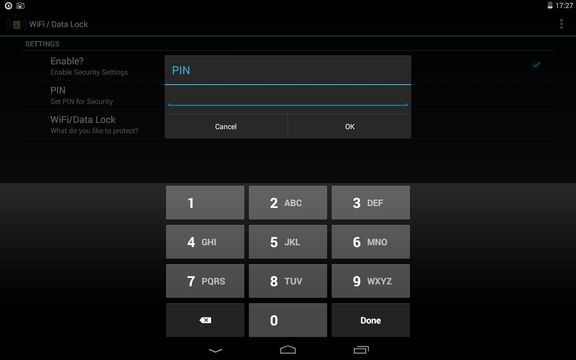 Setup is pretty simple. Note that internet is completely turned off right away after starting the app for the first time. It can only be turned on from within the app, once you setup a PIN and access the control panel. Data and Wifi can be blocked individually or both at the same time.

Also have a look at How to Selectively Block Android Apps from Using Internet.

I’d suggest that you go with Net Blocker if you’re interested in setting up per app internet blocks, and that you use Internet Lock by VPDevelopers for a complete block of internet access. Note that if someone detects these app and uninstalls them, they can have internet access restored. Make sure to remove homescreen icons so that it isn’t as easy to figure out how everything works. Let me know which internet blocker apps from the list above you thought was most useful by leaving a comment down below.