Here’s a list of 5 constellation apps for Android which you can use to learn about the constellations. Most of us can name a couple of constellations, but when you want to impress your friends or that special someone by pointing out some of the more obscure ones in the sky above us, you’re going to need apps from the following list. They will show you the night sky and display all the constellations based on your location.

Sky Map is a constellation app for Android that’s going to make full use of your devices sensors for the best possible overview of the constellations on the night sky. It uses the GPS, motion sensors and the compass to determine your location, direction, and movement.

App translates data it gathers from sensors to the screen so that when you watch the sky above you, and when you watch the simulated sky on the screen of your Android device, you’re going to be seeing the same chunk of the sky. All the constellations are there, as you can see from the screenshot above. Position can be setup manually (GPS isn’t needed). Search tool is available for quickly finding the constellations that you’re interested in.

Star Tracker sets itself apart from all the other constellation apps for Android that I covered by having much more advanced graphics of the night sky. 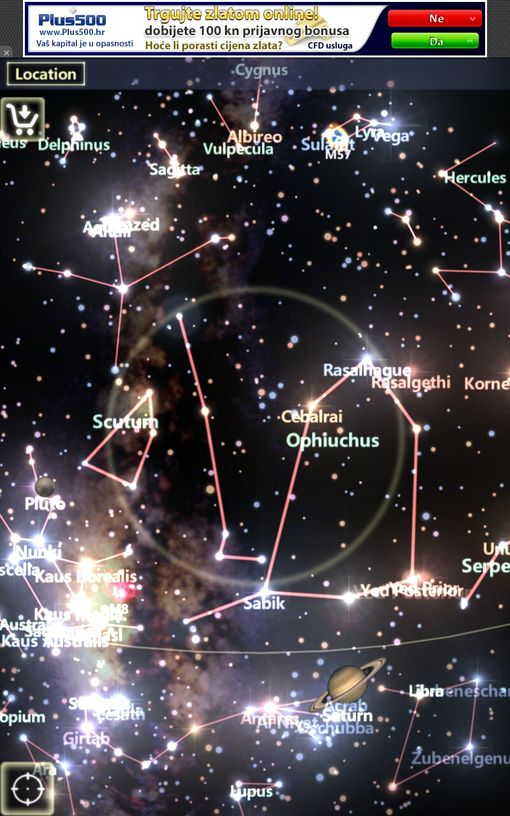 They are colorful and with special effects which are activated as you pan the screen around (shooting stars, for example). Everything else is the same like with Sky Maps. Location is set using either the GPS or manually. Sky night is panned automatically using motion sensors, or you can do it manually by dragging your fingers across the screen.

Also have a look at Free Planetarium Program for Windows: HNSKY.

SkyView doesn’t have the kind of effects and graphics that Star Tracker offers, but it does have an augmented reality mode where back camera is used to actually show the night sky in the background while constellation shapes are superimposed over it. 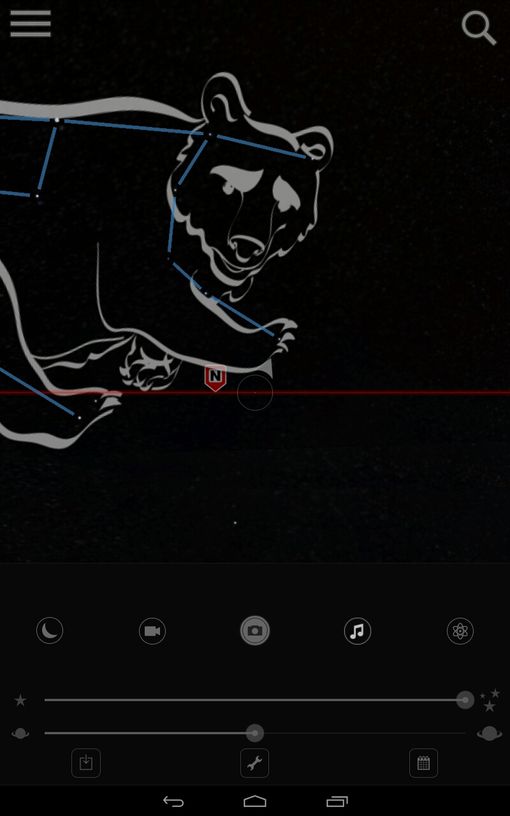 You also get some basic info about the constellations, planets, find tool for quickly finding objects that you’re interested in, built-in screen capture and more.

Constellations is more of an information app, than it is an immersive constellation app, like the ones that I covered up until now. 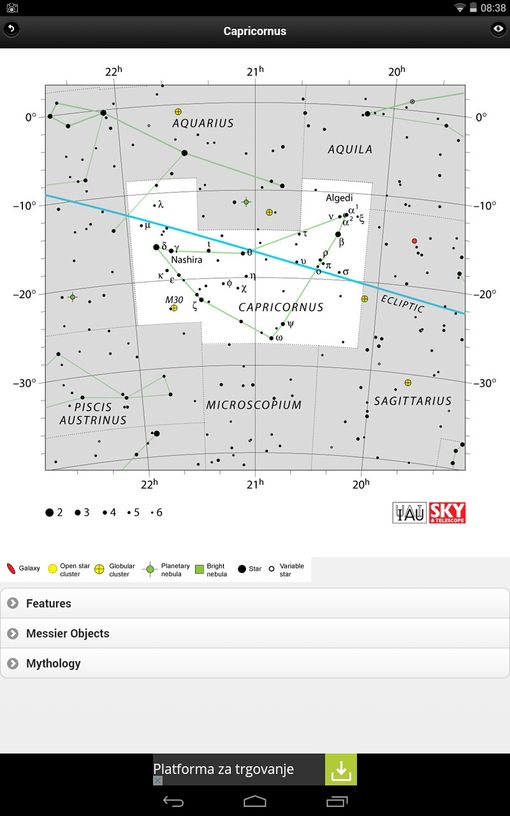 Info on close to 90 constellations is available, their shapes, features, charts, messier objects and even mythology surrounding them. After you run the app, a list of available constellations will pop-up. Tap on the one you need and detailed info about the selected constellation will show up.

Also have a look at 4 Free Websites to View Star Chart.

The Night Sky Lite isn’t as advanced as all the other constellation apps for Android that I covered until now, it’s a lite version of the full app after all, but you do get a very appealing 3D view of the night sky above you. 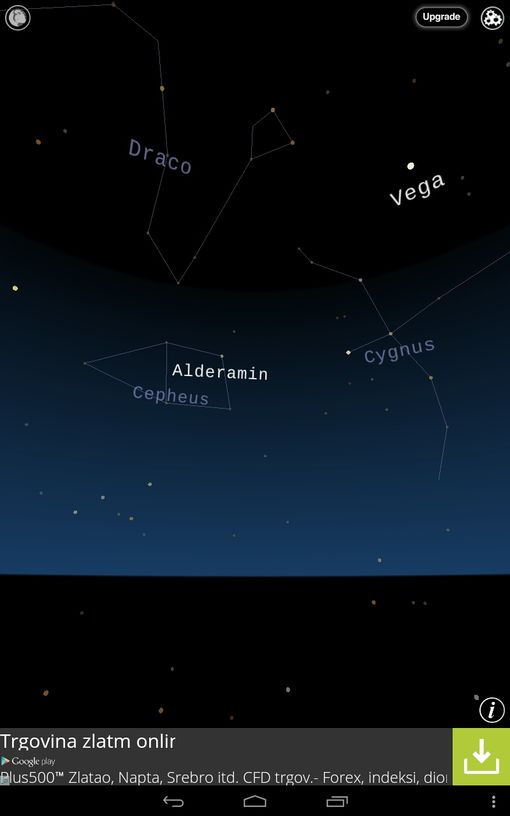 Darker section at the bottom of the screen is the sky below the horizon. Rotate the view by tapping on the screen and moving your finger around. GPS and the compass are used in determining you location and orientation. App shows constellations, galaxies, stars and planets.

Get The Night Sky Lite.

Star Tracker and The Night Sky Lite are my favorites, but you really can’t go wrong no matter which app you choose. All 5 constellation apps mentioned above have interesting features, so pick the one that’s sound the most interesting to you and start learning.