Road Fighter game is available for free download on your PC. Play the classic and popular Road fighter, video game version on your PC for free.

In Road Fighter you should just reach the end point, before the time ends. Find out how to play the game in the following section.

Everyone from the 90’s must have definitely heard about this game. Road Fighter game was included in most of the video game cassettes. I remember playing it many times and now finally I discovered it is available for download in this modern era. So, relive those old memories, if you miss the game or else see what’s there in the game that makes it interesting.

Road Fighter game has one simple motto, that is to reach the end point. You have limited fuel and the other riders will always try to crash you. There are even pits in middle of the road that make you crash. So, play hard and stay on the track, grab those fuel cars and reach the end. There are four different tracks and two levels. The tracks are: plain road, over water bridge way, seashore, and a forest way. On the left side of the screen you will see the progress on the track. On the right side you can see fuel, speed, and points gained.

Enemies: Let’s get to know the enemies before racing. The yellow cars travel along straight lines, trucks also go in straight lines, red cars move if you make a move to left or right, blue cars move randomly, and colorful cars are the fuel cars. 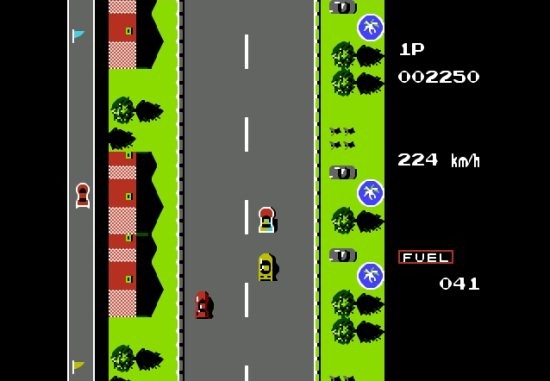 The controls of road fighter game are pretty simple:

Initially when you download the game, the setup needs internet connection. Make sure you don’t tick mark any extra download files included in the setup. After complete installation, run the game and you might get an error, then simply press escape. Then the game will start, press enter to start playing Road Fighter game. 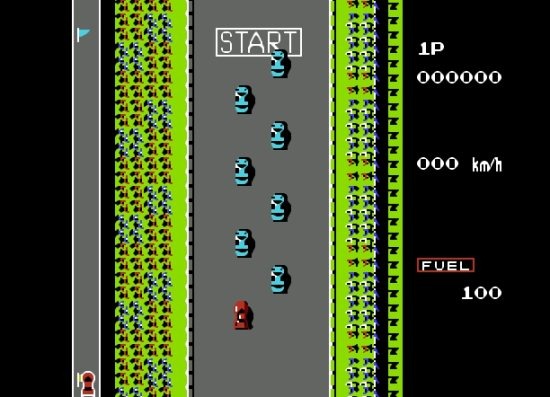 Road Fighter game is fun to play and addictive too. The graphics are retro styled and even the music too. You can also try other racing games, that we have reviewed earlier.