Similar to the native Google Assistant app and other personal assistant apps for Android, the new Cortana app is also very useful as you can use it to find your favorite restaurants, see news, create events, set reminders, check the weather, and so on. 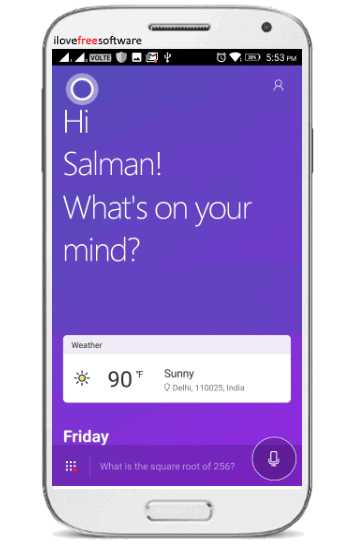 Note: The “Cortana for Android” app is available in the Google Play Store as an unreleased version. So, the app may be unstable and also crash now and then.

How to Make Cortana Default Assistant on Android:

Step 1: To get started, the first thing you need to do is install the latest Cortana (Digital Assistant) app on your Android phone. You will get the download link at the end of this post. After installing the app, simply login using your Microsoft credentials and then choose a color for the Cortana assistant. 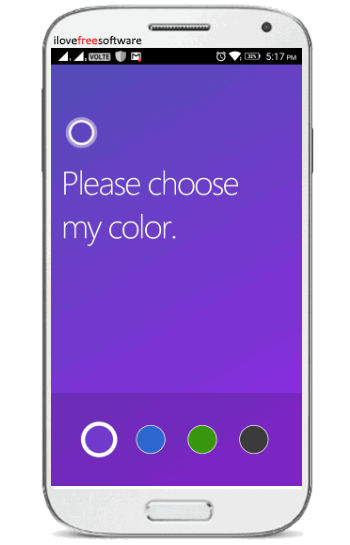 Step 2: Now, to replace Google Assistant with Cortana as the default assistant, you need to open up phone “Settings” and select “Apps”. After that, you will see the list of apps along with a “Gear” icon at the top. Simply, tap on the Gear icon to proceed.

Step 3: When you do that, simply tap on “Default Apps” and then choose “Assist & Voice Input” from the list of options. After that, you will see another option named, “Assist App” using which you can set the default assistant app for Android. So, when you tap on this option, you will see the list of assist apps from which you have to select “Cortana”, as shown below. 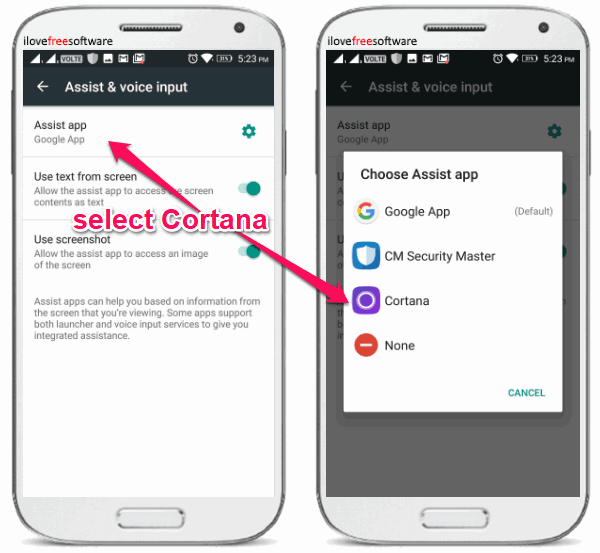 Step 4: As soon as you do that, Cortana will become the default assistant on your Android phone. Now, whenever you long-press the “Home” key, you will see that the Cortana app appears instead of Google Assistant. You will be able to use it by pressing the “Record” icon visible at the bottom left corner of the screen. 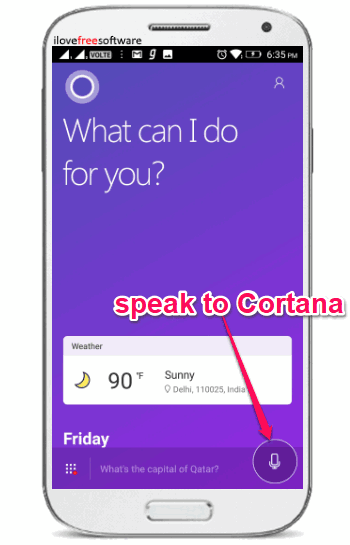 You can simply talk to Cortana and ask it to perform various tasks like sending emails, create to-do lists, set reminders, see news, check the weather, know the time, and so on.

If you’re looking for a way to use Cortana instead of Google Assistant as the default assistant app on your Android phone, then this tutorial can help you with that. Personally, I think Cortana assistant is not much different from Google Assistant, but if you prefer using Cortana then go ahead and set it up.

Get “Cortana” app for Android from here.