Here’s a list of 3 dislike extensions for Google Chrome which you can use to add a dislike button to Facebook when using Google Chrome. It seems almost unfair the fact that Facebook isn’t offering a dislike button for us to use, but that’s how things are and because of that you’re gonna have to use third party extensions if you’re interested in being able to dislike updates that come up in your Facebook feed.

With the following 3 extensions and apps you’ll be able to do just that, let’s begin. 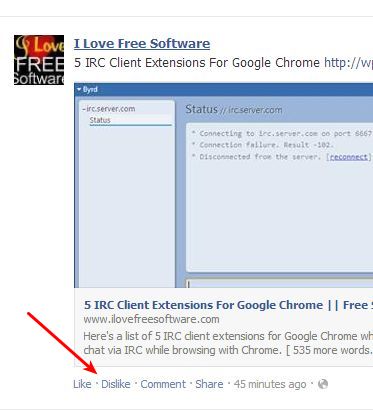 Dislike on Facebook adds a perfectly functional dislike button to Facebook. It can be seen on the image above.

Button is clickable, but in order for your friends to be able to see the notification that you disliked something on Facebook, they will also have to have the extension installed. If you later on decide that you after all like something that you disliked earlier, it’s possible to “undislike” it and then like it, similarly how like works. 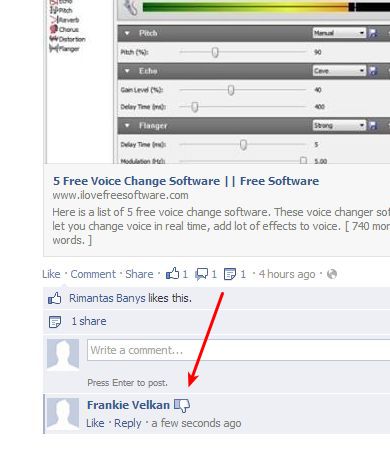 Here’s a dislike extension for Facebook that your friends are gonna see for sure. It’s called Dislike button for Facebook, and the reason why the dislike is gonna be seen, is because its added to the comments.

Next to the comment input box, you’re gonna see a dislike button. When you click on it, it will be added to the comment and when you hit Enter comment that gets posted is gonna show a thumbs down icon. It’s not entirely like the like button that Facebook has, but its pretty close. If you don’t mind leaving dislikes in comments, then this extension is just the thing you need. 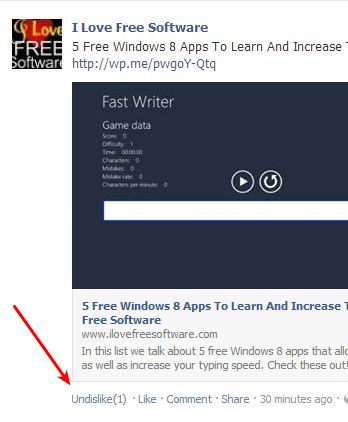 Dizzlike Button is another dislike extension for Facebook where only users who use the Dizzlike app can see when you dislike something.

We liked the second extension from the top, the Dislike Button for Facebook because when you add a dislike button using it, every one of your friends will see it, not just those who happen to be using the same extension that you’re using. But if you want to have a genuine experience when disliking something, then you’re gonna have to use either Dizzlike or Dislike on Facebook. Both of these dislike extensions for Facebook look the same as the like buttons does, the only difference being that you will have to persuade your friend to use it also if you want them to see when you dislike something. Try them and let us know what you think in comments down below.