Here’s a list of 5 Postscript viewer software for Windows 10 which can be used to open and view Postscript files on Windows 10 powered devices. Postscript file type, or .PS for short, is a file format used primarily in vector graphics. It was originally developed by Adobe and is primarily used in graphics tools where vector graphics are needed. Vector graphics are different from the usual raster graphics in that they do not use pixels, but rather paths instead to draw images. Postscript is also the name of the coding language used to create these .PS documents. Viewers that I covered down below will allow you to open up .PS files and view them as you would view images. 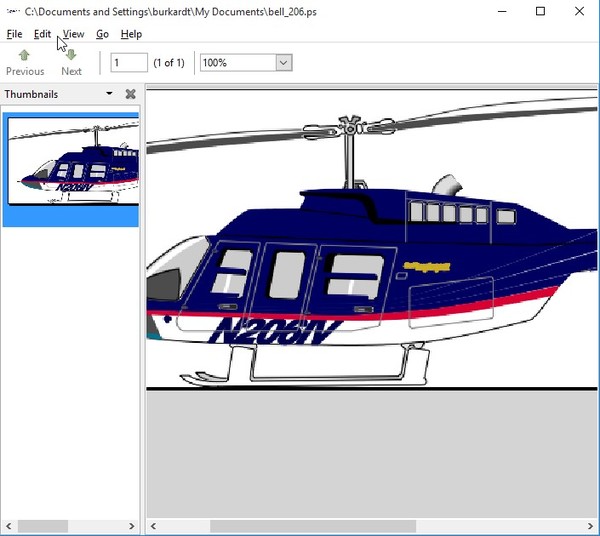 Evince is a cross platform Postscript viewer software which works just fine on Windows 10. It also lets you open up several other file types like PDF, TIFF, DVI, DjVu and XPS. Viewer itself is very simple. Left sidebar has a list of page thumbnails (in case a paged document is opened). On the right you’ll see the actual document viewing area.

Top left corner is where the menu is located and where you can open up postscript files by selecting “File >> Open”. During installation Evince will setup itself as the default .PS file viewer. Only the very basic functionalities are available when it comes to viewing Postscript files, like zooming in, printing, rotate tool and that’s about it. 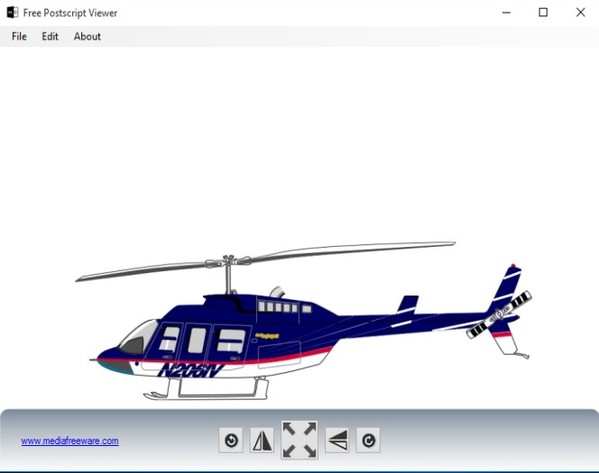 Free Postscript Viewer looks and feels just like Windows Photo Viewer, which comes by default in Windows 10. Difference between the two is that Free Postscript Viewer only supports PS file format and nothing else. Left corner menu only has the very basic options. You’ll first need to select “File >> Open” in order to actually open up the Postscript files that you want to view.

Once you’ve done that bottom toolbar lets you zoom in/zoom out, mirror up/down and rotate left/right the Postscript file that you have opened. Those are pretty much the only controls that are available. There is an option under “Menu >> Edit” that lets you load up documents in an third party editor. Note though that the external editor is used, in this case Paint, so you can’t expect much in lieu of functionality.

Also have a look at Free Advanced Document Processor: Lyx. 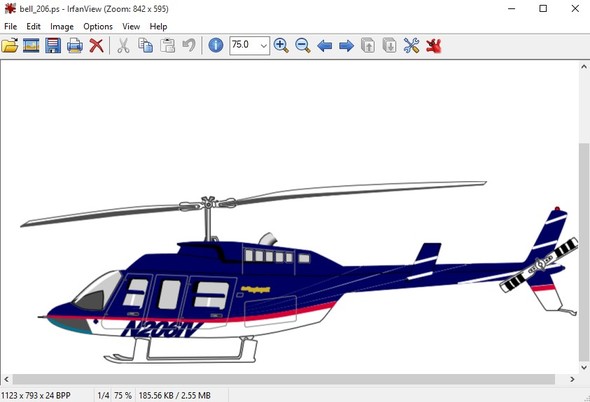 IrfanView is a well known image viewer, but not many people know that it can also be used as a Postscript viewer software. To get PS file type to work with IrfanView, you’ll need to install additional plugins from the IrfanView website and also Ghostscript software from the Ghostscript website.

When it comes to functionality this Postscript viewer has a lot to offer, much more than the applications that I mentioned so far. You can do the usual rotate, zoom in and print, but also resize, crop, add frames, effects, perform color corrections, brightness adjustments and more. PS files can also be converted into other more common formats like JPEG, PNG and BMP. If you ever used IrfanView all the same functionality is there, provided you install all the additional software. 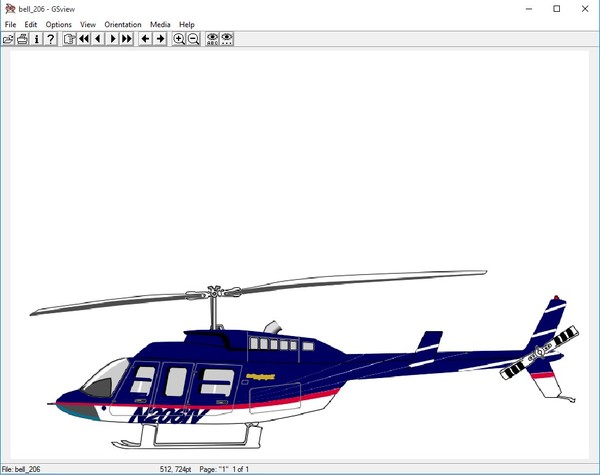 GSview is another simplistic Postscript viewer software for Windows 10 that’s very lightweight, around 2MB in size. Interface looks a bit dated, but everything works just fine. Both PS file format and its successor EPS are supported, as well as PDFs, EPI and PRN documents. GSview also requires that Ghostscript framework is installed on the machine where you run it.

With the “File >> Open” top left corner menu option you can open up supported file formats. If additional files are located in the same directory where the original file was opened, you can use the left-right buttons from the toolbar up top to switch between them. Next to the usual image management tools like rotate, zoom, printing there’s also a converter (format converter and vector >> raster converter), ruler for measuring distances (points, millimeters and inches) and text extract tool. It has a nice selection of tools for such a compact application.

Also have a look at How to Open Adobe Illustrator .ai File in Paint.NET. 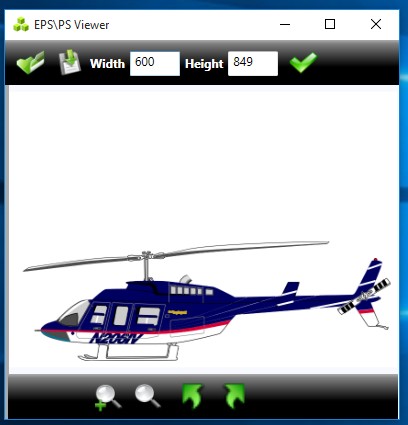 You might assume from its name that EPS Viewer focuses solely on the newer EPS file format, which was cooked up from the PS file format, but it supports Postscript just fine.

Application is simplistic, without a lot of complicated menus or anything like that. After launching it it’ll open in fullscreen and ask you to open a supported file type. Once you’ve done that a viewer with two toolbars opens up. On the toolbar up top you’ll find a button for opening a new file and a resizer which can be used to resize the opened PS document. Toolbar down below has a zoom tool and a rotate tool. That’s about it when it comes to features. Simple and to the point.

From the list of Postscript viewer software for Windows 10 above I really enjoyed using EPS Viewer and IrfanView. EPS Viewer is simple, but still has a decent set of features like resizing, rotate and zoom. IrfanView is in the heavyweight category and offers a lot of features, including conversion, resizing, cropping, etc. Pretty much everything you’d expect from an image viewer is available. GSview is also pretty decent. Let me know what you think in the comments down below.