Just copy or import whole content and the app will automatically translate the whole text in one go on Android. Remember that the app only speaks short text on Android. Also, you can convert the text only into the languages which are in the apps list. However, the app list contains almost all languages.

You can also check out some other language translation extensions for Google Chrome reviewed by us.

Some Key Features Of Google Translate App To Translate Text On Android: 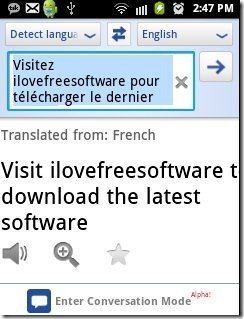 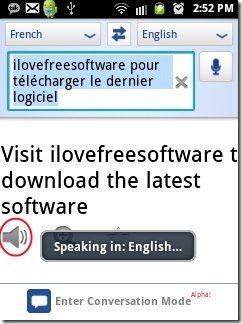 Also, check out some other Android apps reviewed by us.

How To Install Google Translate App On Android: 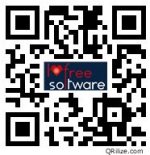